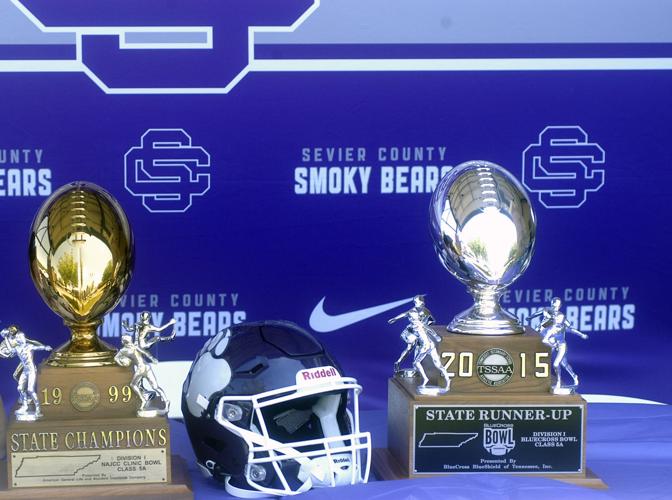 On display at the event were the Smoky Bears state champion and state runner-up trophies. 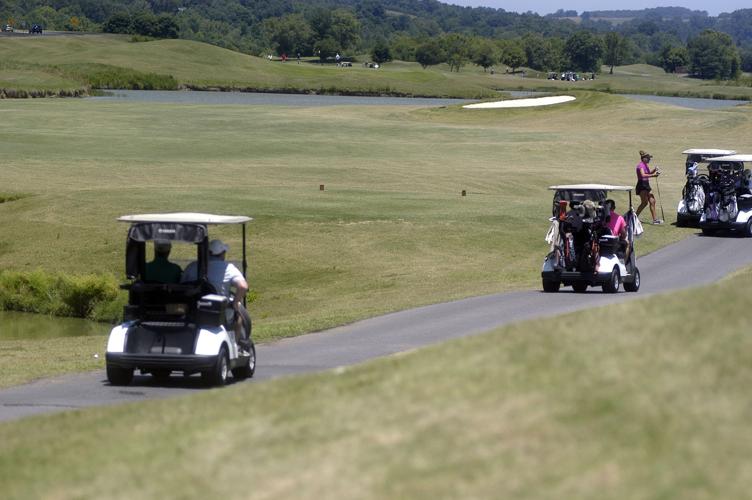 Smoky Bears’ supporters came out in droves to support their team and have a event-filled day on the golf course. 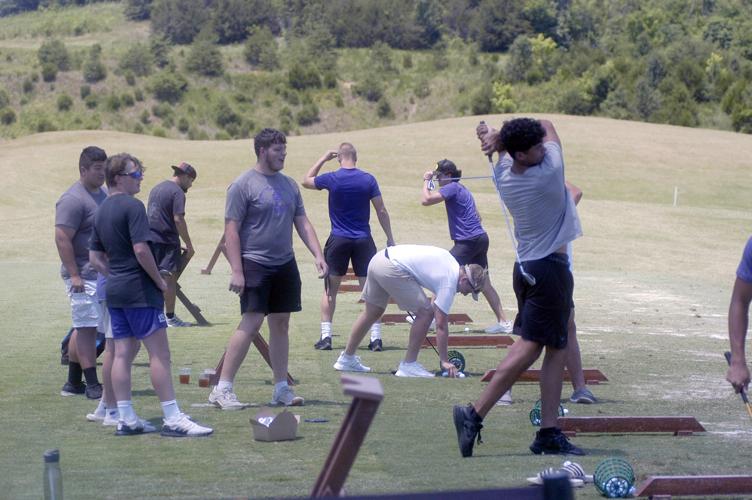 After setting up for the event, most of the Smoky Bears football team spent time working on their game at the driving range.

On display at the event were the Smoky Bears state champion and state runner-up trophies.

Smoky Bears’ supporters came out in droves to support their team and have a event-filled day on the golf course.

After setting up for the event, most of the Smoky Bears football team spent time working on their game at the driving range.

The Smoky Bears’ football team and fans flocked to the Sevierville Golf Club for the “Smoky Bears’ Golf Tournament” in an effort to help raise money for the SCHS football program.

Through several sponsors who donated and took part in the event, over $10,000 was raised all of which will go back into uniforms, equipment, and other necessities for the Smoky Bears football team.

The event was coordinated by Smoky Bears assistant coach Logan McCarter who was looking for an opportunity to get the community involved in the football program.

“This is actually the first year that we’ve done it in a while, as far as I can remember,” McCarter said. “I just wanted to find a way to kind of get community involvement back into Sevier County football, and just get our players out here meeting people, and to raise a little money for our program as well.”

While it may have been an opportunity to raise funds for the football program, the event also served as an opportunity for Smoky Bears’ fans to interact with the players, and for the players to get to know their fans.

“The money is the second part of it honestly, it’s really just getting guys out here that really care about Sevier County football and really appreciate what we put on the field, and how our players act outside. Just get some people to meet the guys who are going to be out on the field next year, that’s kind of what our goal was with this,” McCarter said.

The golf aspect of things was a natural fit, as it’s a hobby of the coaching staff at Sevier County High School, as well as many Smoky Bears’ supporters.

“We have a lot of coaches who actually enjoy playing golf. We’ll come out here when we have some time and just play golf together and stuff like that, McCarter said, “and I knew that a golf tournament would be a good fundraiser just to get people out to come meet our coaches and our players.”

For the Smoky Bear players, the event served as an opportunity to meet with fans, as well as a chance for them to serve their community and give back to those who had donated.

“We stocked up the golf carts with water bottles, came over here and set up some chairs. We set up and, and watched over the whole thing,” said Smoky Bears’ quarterback Christian Hoffman.

The Sevier County players enjoyed their opportunity to meet and talk with those who support them on Friday nights.

“We’ve been walking around and meeting everybody. They’ve all been interested in meeting us,” Hoffman said.

“It was good to meet our fans, especially the ones we don’t see a lot, the ones that aren’t our players’ parents, the ones who are fans and have just been fans for a while. It’s good to meet those guys.”

When the final tally is done, the total amount donated will be over ‘$10,000, which will go into uniforms and apparel for the team. The amount is beyond the amount for the event to be considered a success.

“I haven’t really looked at all the numbers yet — it’s a good amount I know that. I’ve hit my goal for what I wanted to raise. We wanted to raise $10,000 and we hit that, so that’s kind of what we set out to do and we’re there,” McCarter said.