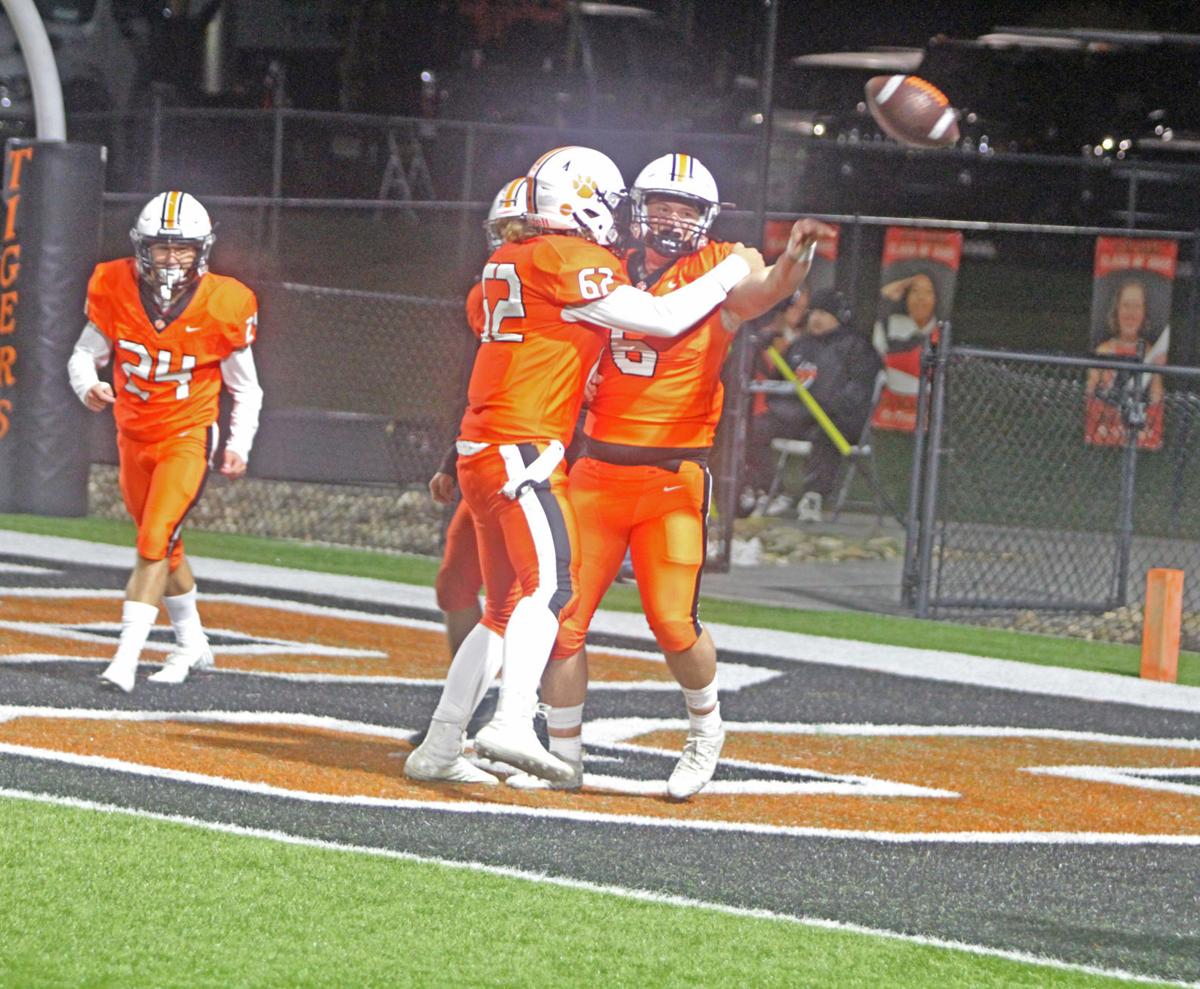 Pigeon Forge teammates celebrate with Mason Shults (6) after he scored a touchdown earlier this season. 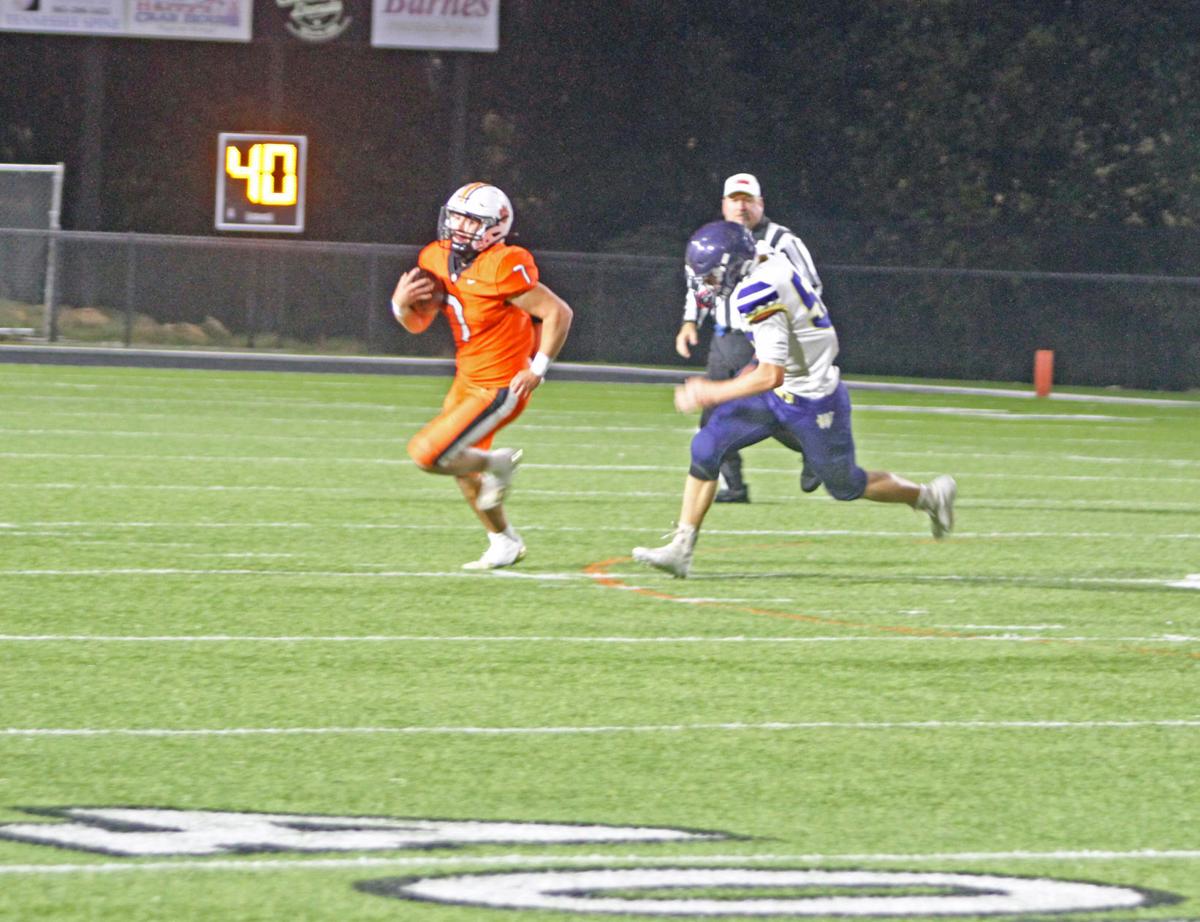 Pigeon Forge and Bryce Effler (7) take on Alcoa in the quarterfinals of the 3A playoffs on Friday night.

Pigeon Forge teammates celebrate with Mason Shults (6) after he scored a touchdown earlier this season.

Pigeon Forge and Bryce Effler (7) take on Alcoa in the quarterfinals of the 3A playoffs on Friday night.

PIGEON FORGE — Pigeon Forge plays in the quarterfinals of the 3A playoffs for the first time ever on Friday night, and for their efforts in the first and second round, they are rewarded with a trip to Alcoa.

After the Tigers beat Unicoi County last week and the Tornadoes’ dispatch of Gatlinburg-Pittman, the two teams will meet for the first time this year after Pigeon Forge had to cancel their region regular season contest due to COVID-19.

“They are loaded,” Pigeon Forge head coach Scott Meadows said. “We know that, so I am not going to say it is an advantage or disadvantage (having not played them yet this year). We know that they haven’t been scored on since Sept. 23, and they are a dang good football team.”

The Tigers (9-2 overall) have been setting school records all season long, and a win this week would give the 2021 team the most wins in school history in addition to the longest playoff run in Pigeon Forge history.

Meadows is thrilled that his team is still practicing this week, and while he knows the challenge will be immense, Pigeon Forge is going to do what they have done every other week this fall.

“I have coached in these types of games before, and I learned a lesson because I felt like I tried to put too much in,” he said. “What we are going to do is do what we do well. If you try to do too much you are outcoaching yourself. If the guys don’t understand it going in, then it won’t be successful.”

The Tigers are thrilled to be the final team in Sevier County playing football this fall, and they are ready to go in and pull off a huge upset.

Having played 10 games already, Pigeon Forge is working on refining a few things this week to make sure that they are locked in come Friday night.

While Alcoa (11-1) is the six-time defending 3A state champion, Pigeon Forge has the mindset that they will be the team to stop their run.

“The biggest thing for me is that our team last year put the foundation out there, and then the team this year is building on that foundation,” Meadows said. “We are playing so many young guys so the more practice we get the better off they will be.”