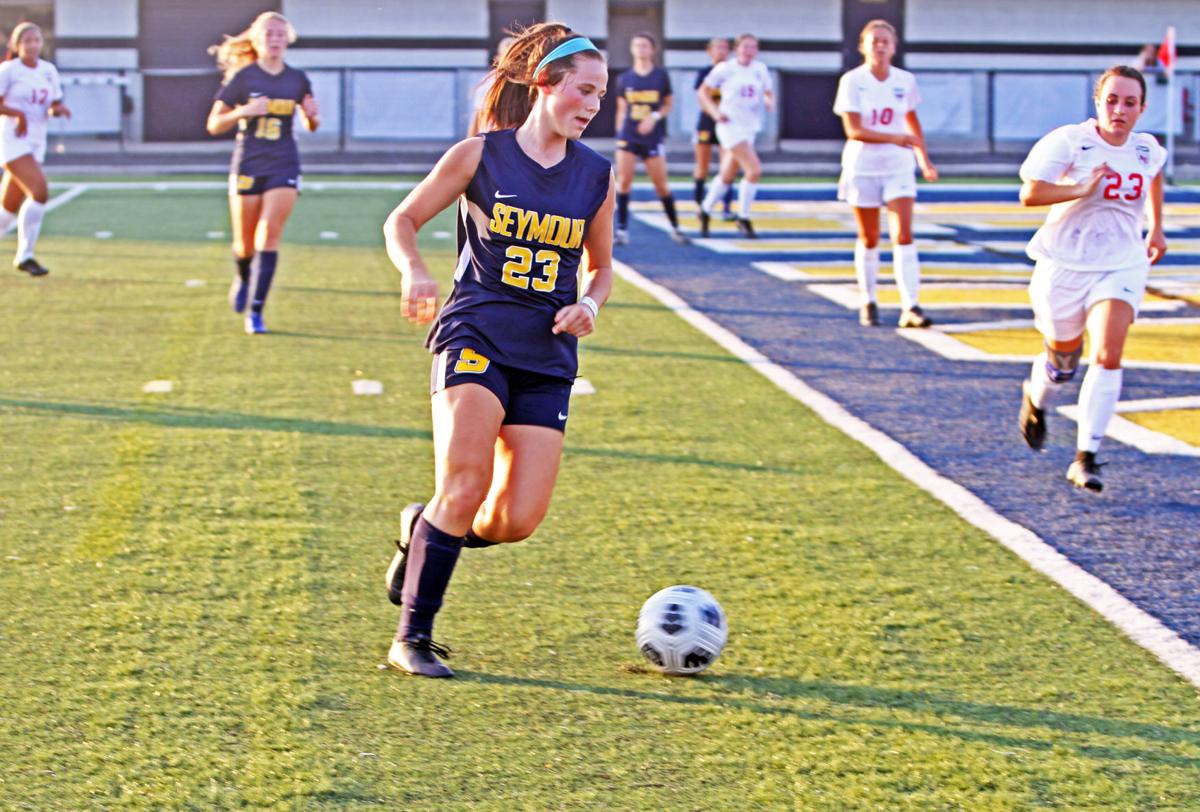 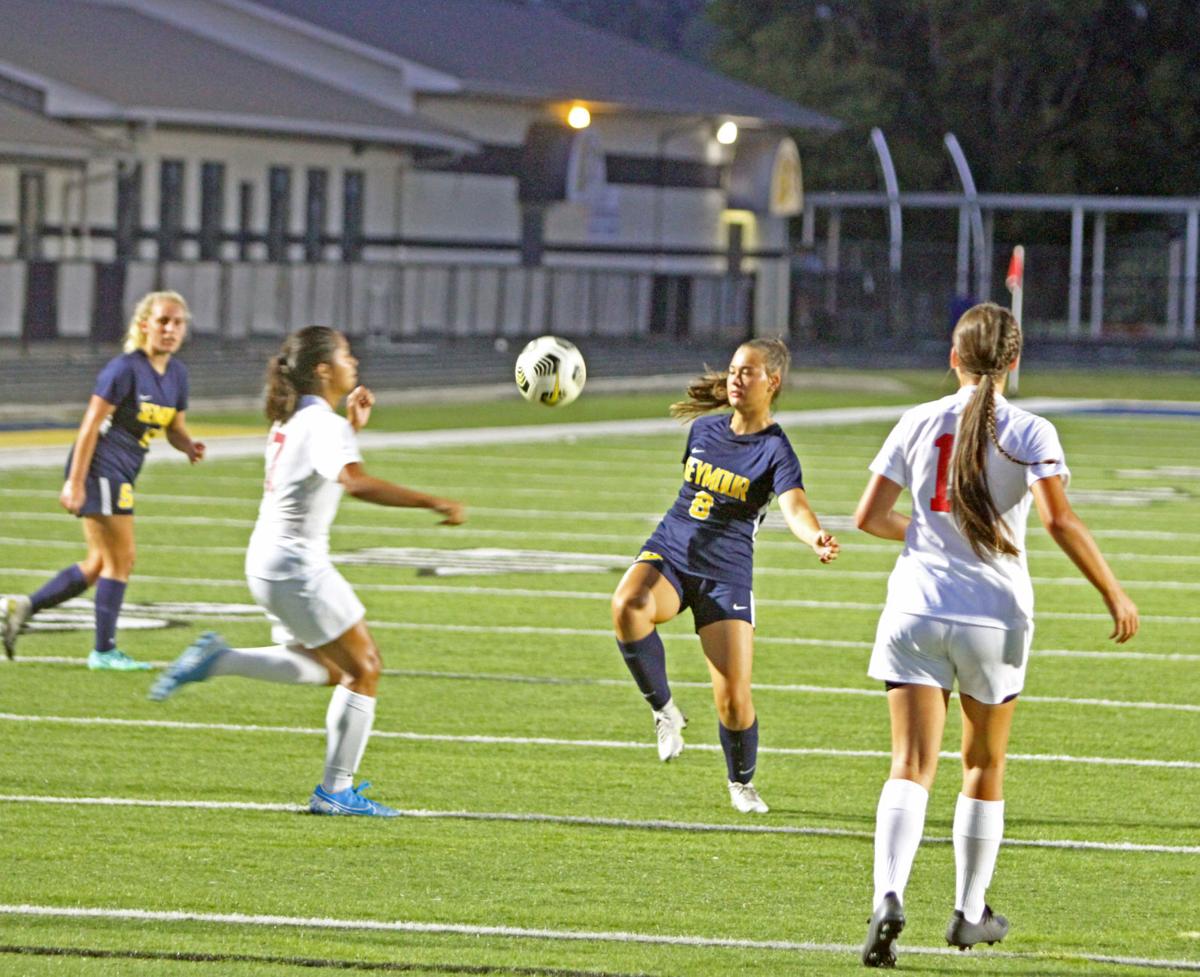 Seymour’s Mattie Hamilton goes for a ball in the Lady Eagles’ win over Cocke County on Tuesday. 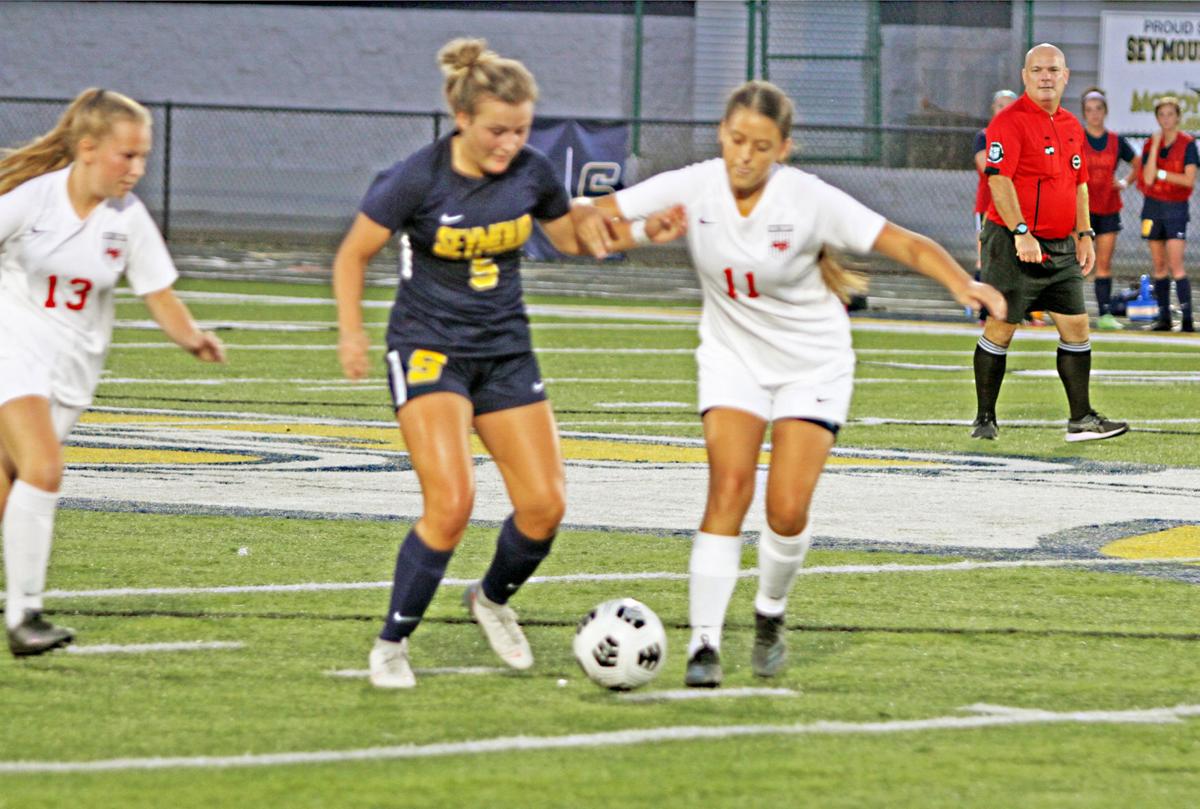 Seymour’s Mattie Hamilton goes for a ball in the Lady Eagles’ win over Cocke County on Tuesday.

SEYMOUR — Cocke County stacked their entire defense near Seymour’s goal on Tuesday night in the two teams’ soccer matchup, and it worked for a while until the Lady Eagles finally got on the board late in a 3-0 win.

The Lady Eagles controlled the ball nearly the entire game, but they got unlucky on a couple of shots late in the first half including a corner kick that they couldn’t score off of as the half came to an end.

“It is the expression of parking the bus,” Seymour head coach Ron Blaydes said. “They just put their entire team back there, and they weren’t even trying to score. When they do that, it is hard to get the ball in the goal. Sevier County came up here and did the same thing to us a few years ago. What you do is you try to work the ball around, and we figured it out at halftime that we could move the ball back and pull their line off the goal.”

More of the same happened early in the second half including a shot that was deflected by Cocke County’s goalie with about 20 minutes to go in the game, but at last, junior Emma Houser connected with 13:59 left to make the score 1-0.

After Houser’s goal, the Lady Eagles (6-2-1) started to click with junior Kaia Howard scoring a goal five minutes later, and three minutes after that with three minutes to go in the game, senior Bree Gilmore scored.

“We tried to cycle the ball in and out by having one girl go in and if she doesn’t have what she wants then another girl comes in and cycles behind her,” Blaydes said. “By doing that, it allowed us to get the ball in the back of the net finally.”

Blaydes also thinks that the Lady Eagles have been moving the ball really well lately on offense, but they unfortunately have had a tough time finding the back of the net right now. They are working on that though, and he hopes that the quick succession of goals on Tuesday leads them to being able to score more in the coming games.

The win moves Seymour to 2-0 in 2A District 3. They travel to East Hamilton in Chattanooga on Saturday for their next game.