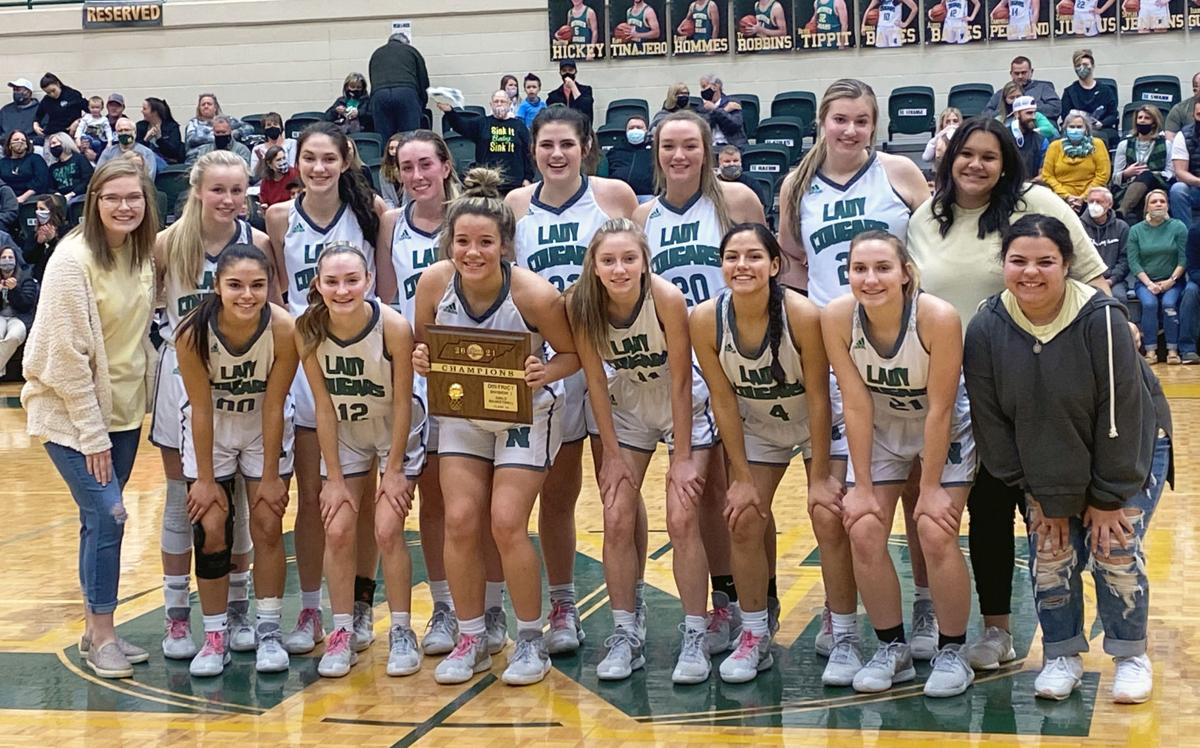 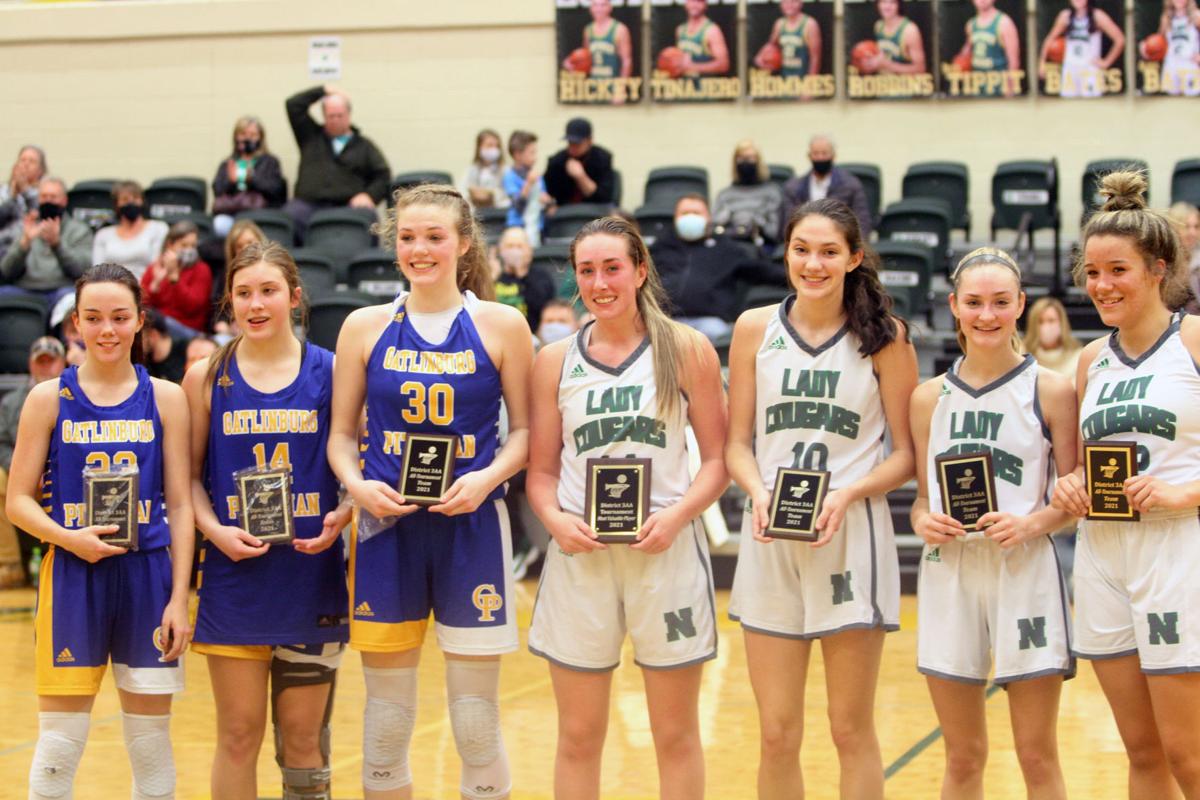 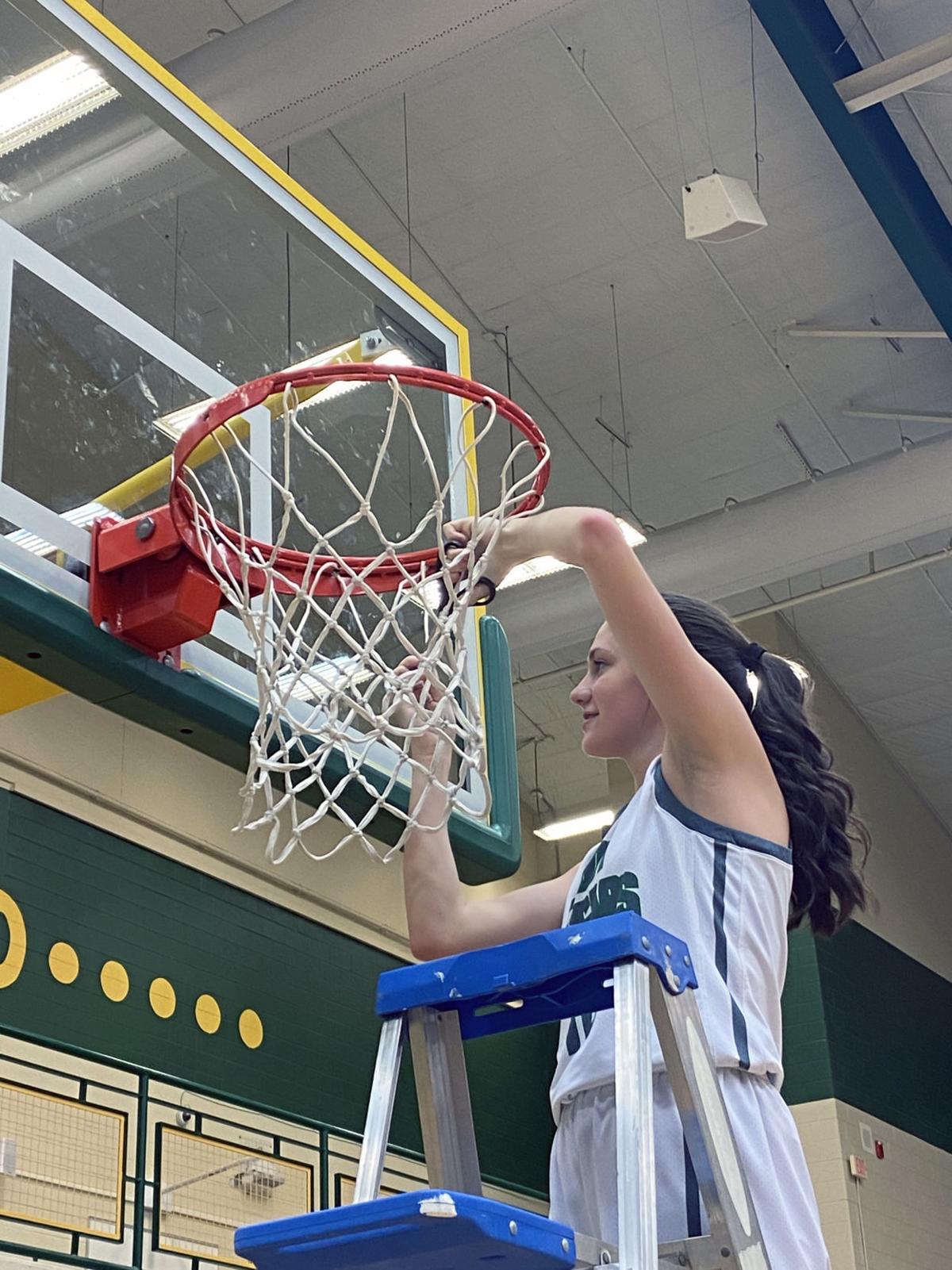 Northview Academy senior Sierra Bates cuts down the nets after the Lady Cougars won the 3AA championship on Monday night at home. 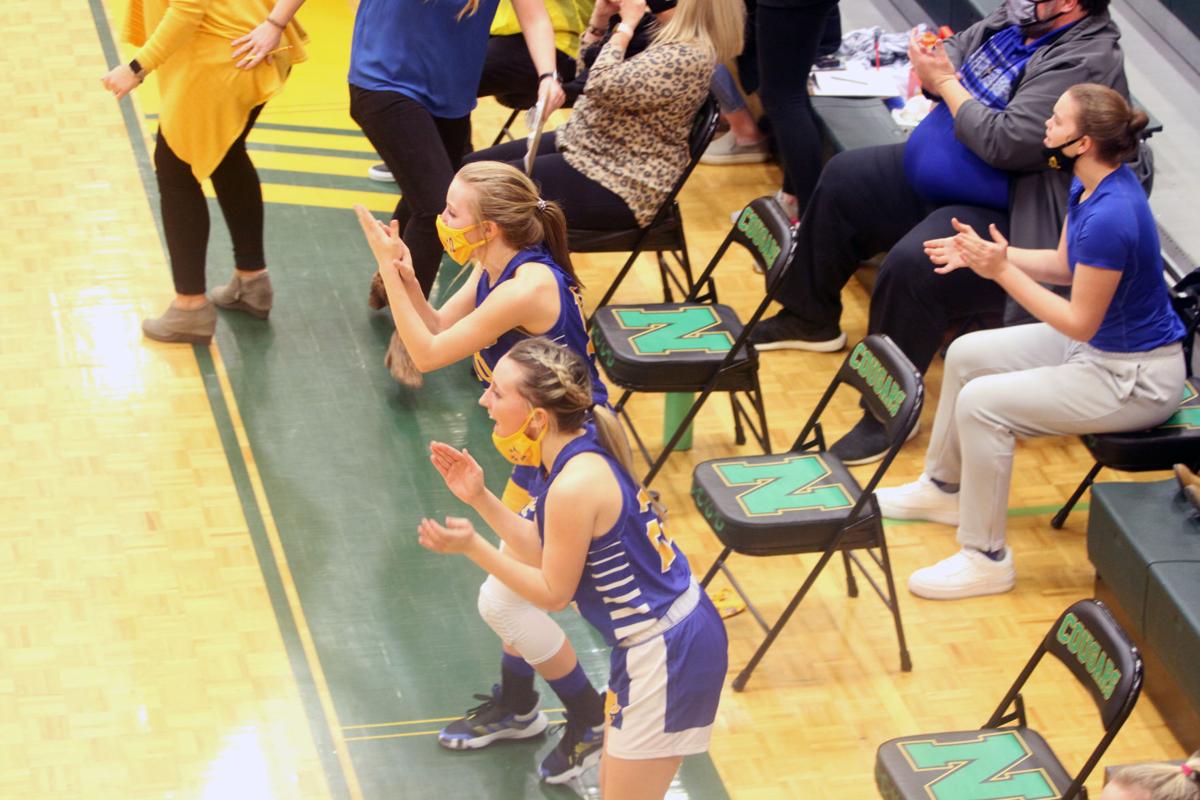 Gatlinburg-Pittman’s Lily Stinnett and Taylan Trentham cheer from the bench during the Lady Highlanders loss to Northview Academy in the 3AA district championship game on Monday night. 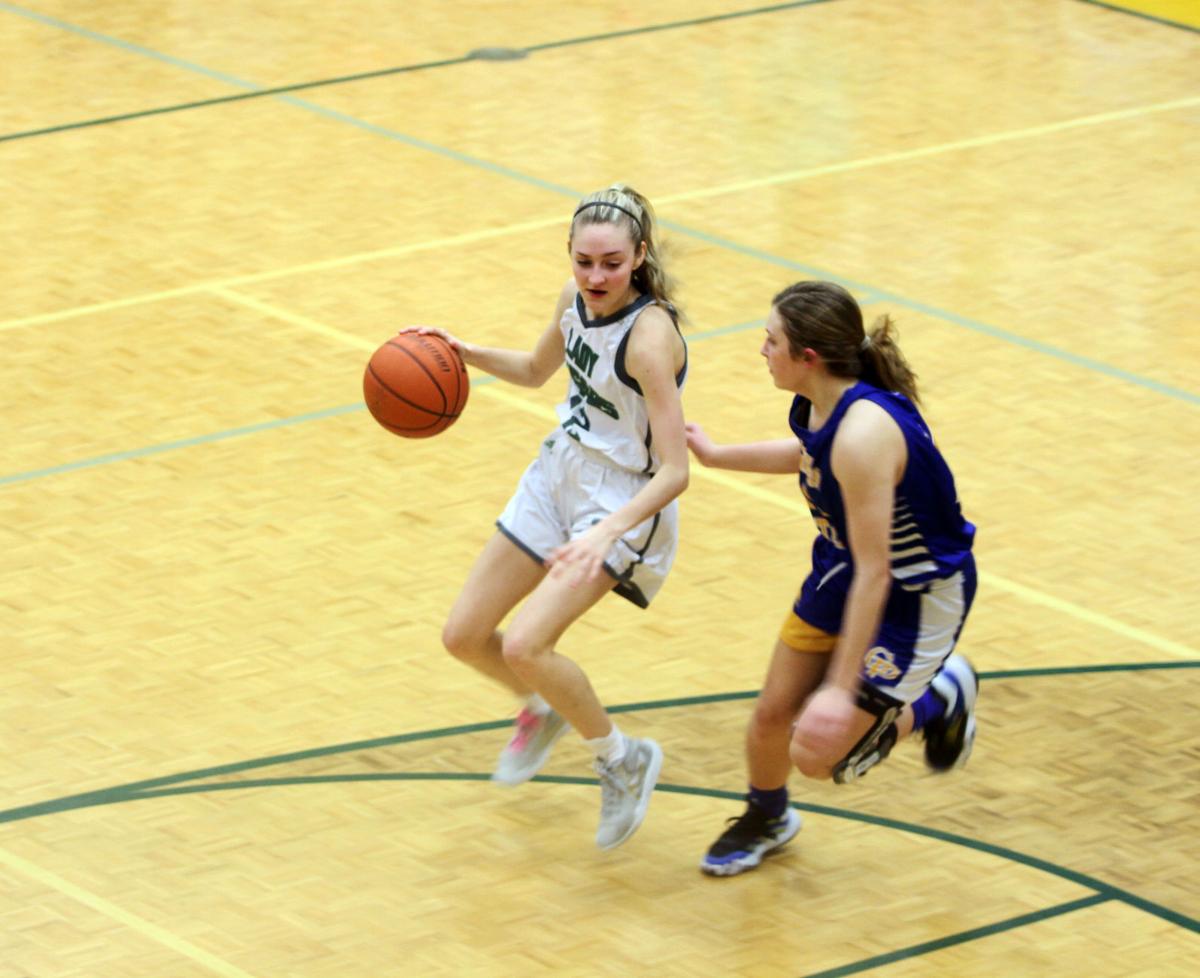 Northview Academy senior Sierra Bates cuts down the nets after the Lady Cougars won the 3AA championship on Monday night at home.

Gatlinburg-Pittman’s Lily Stinnett and Taylan Trentham cheer from the bench during the Lady Highlanders loss to Northview Academy in the 3AA district championship game on Monday night.

KODAK — The defensive effort for the Northview Academy Lady Cougars picked up in the second half of the district 3AA championship game on Monday night against Gatlinburg-Pittman, and that lifted them to their third straight district title.

The Lady Cougars and Lady Highlanders went back-and-forth in the first half with Sydney McCarty getting a steal and giving Gatlinburg-Pittman 23-22 lead at the buzzer of halftime, but that was the high point as it went downhill from there for the Lady Highlanders.

Northview Academy (27-1) allowed Gatlinburg-Pittman (23-8) to score only seven points in the second half on three made field goals, and they went on a 12-0 run to start the second half before the Lady Highlanders scoreless drought ended with 51 seconds left in the third quarter.

“Neither team shot the ball well tonight, and I think that had a lot to do with the defensive pressure on both ends of the floor,” Northview Academy head coach Brooke Shelley said. “Both us and G-P play good defense and get after it and both teams forced each other to take some tough shots. I told our team at halftime that even if out shots weren’t falling, we have to want it more.”

In addition to wanting it more, Shelley emphasized rebounding at halftime and they came through in the second half.

Gatlinburg-Pittman post Taylor Reed was out with what is likely a season ending injury, but the Lady Highlanders still had freshman post Maddy Newman.

In several instances in the second half, Gatlinburg-Pittman guards attempted to force her the ball and other than two late buckets in the third quarter, the Lady Cougars neutralized her scoring and on the boards.

Shelley believed senior Zareeah Justus was one of the big differences in the game the way she stepped up and played like a senior, and she helped down low on Newman.

All five Northview Academy seniors contributed heavily in the win with all playing 24 minutes or more.

Guards Lexi Bates and Campbell Penland played all 32 minutes, and even though the outside shot wasn’t falling all night for the Lady Cougars, they still found a way to impact the game.

“We had to get to the rim and get to the free-throw line and find other ways to score,” Shelley said. “We wanted to see the ball go in from two feet away and maybe then that 20 footer will go down even though it didn’t go that way tonight. We did a good job of going back door and passing the ball.”

The only outside shot Northview Academy hit all night was a dagger late in the game on a corner three by Sierra Bates which put them up 39-30 with 4:54 left.

She scored 11 points and totaled seven rebounds along with four steals, while her twin Lexi had 10 points.

Both teams excelled at the free throw line with the Lady Cougars going 12-12 including 6-6 by Penland and Gatlinburg-Pittman went 4-4.

“(Winning the district championship) feels amazing,” Lexi said. “We are very grateful for this win and we have been pushing ourselves in practice for this, but we are not done yet. We still have more to come.”

Both teams will host region tournament games on Friday night with Northview Academy playing district 4 No. 4 seed Scott and Gatlinburg-Pittman playing No. 3 seed Kingston who beat Scott in overtime on Monday night.