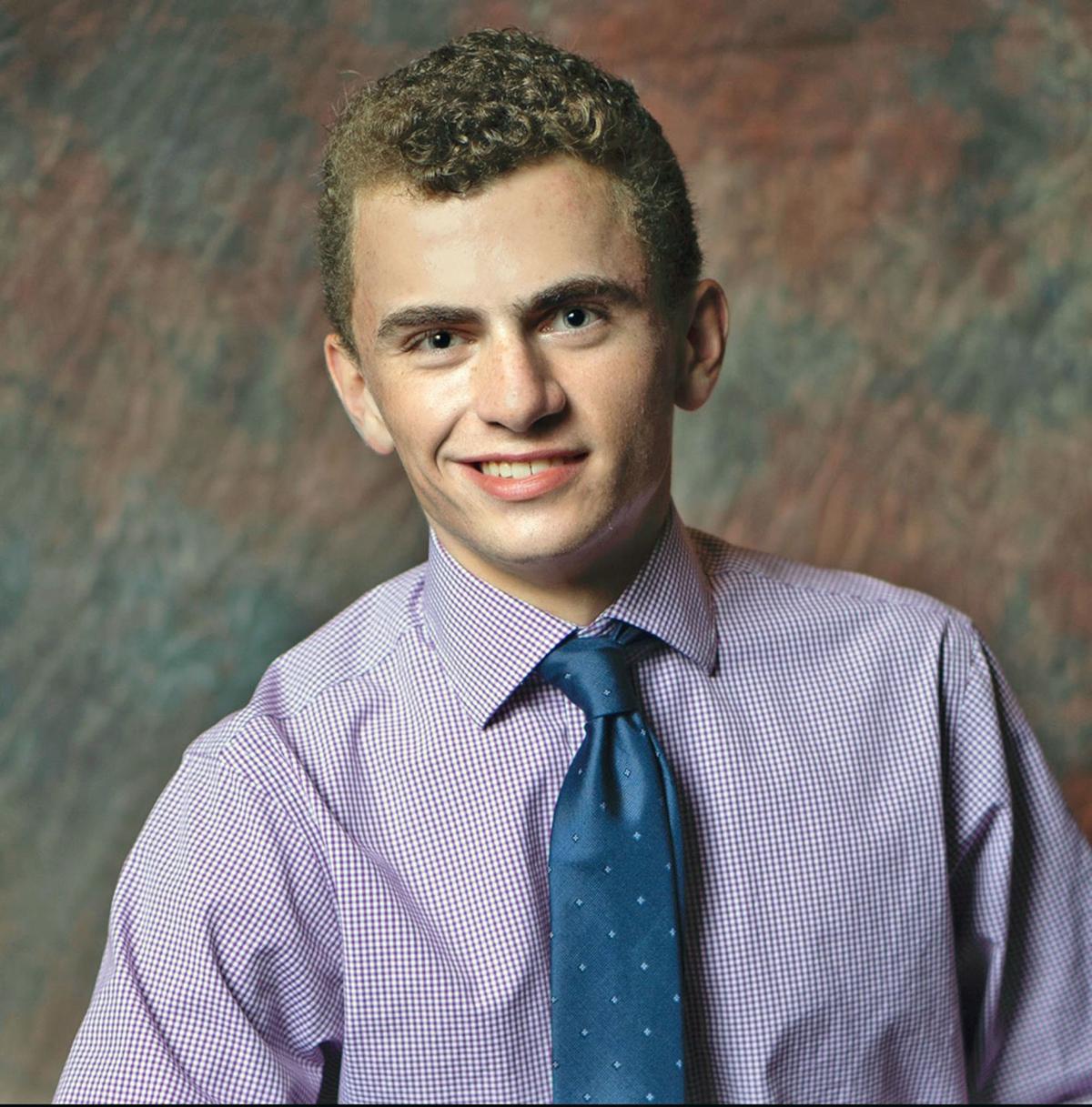 Doug Justice has been selected to attend the Naval Academy after graduating from Gatlinburg-Pittman this spring. 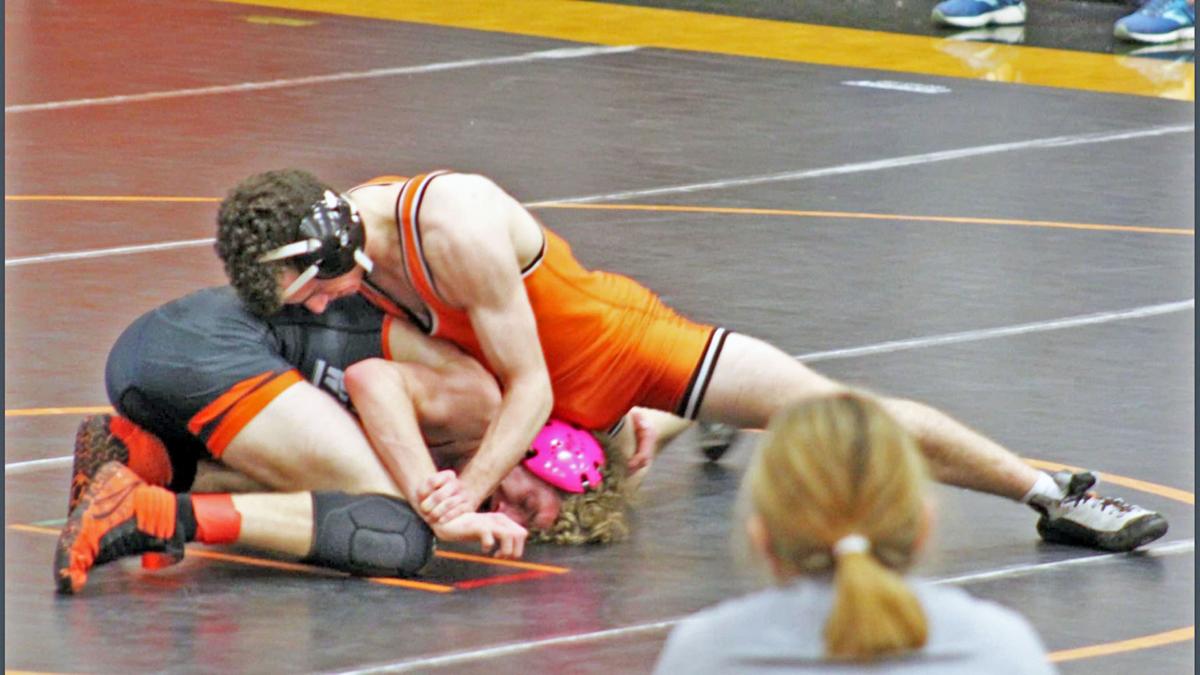 Doug Justice is pictured while wrestling for Pigeon Forge this winter.

Doug Justice has been selected to attend the Naval Academy after graduating from Gatlinburg-Pittman this spring.

Doug Justice is pictured while wrestling for Pigeon Forge this winter.

GATLINBURG — Gatlinburg-Pittman senior Doug Justice is about to embark upon a journey that is one of the highest honors in the United States.

He has received a nomination and been accepted into the U.S. Naval Academy in Annapolis, Maryland, where he will join his fellow classmates for the upcoming school year after high school graduation.

The application process was strenuous including many different steps, but Justice aced all of them including getting nominations from a sitting U.S. Congressman and U.S. Senators for his appointment to the academy.

Former U.S. Sen. Lamar Alexander and former U.S. Rep. Phil Roe have both retired, but they nominated Justice to the Naval Academy, while current U.S. Sen. Marsha Blackburn nominated him to West Point.

“I was accepted into their summer program my junior year which I attended virtually because of COVID-19. I sent in a preliminary application which the academy reviewed. Once they looked at it, I applied for a nomination from both senators and Congressman Phil Roe,” he said.

“I got a nomination from Congressman Roe and Sen. Alexander, and then I went through the Academy application which consists of a physical fitness test, a normal academic application, a couple of essays, sending in ACT and SAT scores and a medical board process.”

The first step in order to apply is to get the nominations from a senator or member of the House of Representatives.

That is the only way to be able to apply, and only about 5,000 people a year are able to obtain one.

Justice applied to get a nomination from each of them, and thankfully he was able to, because attending the academy has been a dream of his since the beginning of high school.

The physical fitness test included push-ups, pull-ups, sit-ups, a shuttle run, a one-mile run and a basketball throw where the ball is thrown from the knees launching like a grenade while measuring for distance.

The test can be administered by any coach or a commissioned or non-commissioned officer of the U.S. Navy or another military branch.

Justice’s test was administered by his cross country coach at Gatlinburg-Pittman, and he earned high marks on everything, strengthening his case to be accepted to the prestigious school.

“Getting a nomination was a major honor since the Naval Academy is the number one ranked public college in the United States right now,” he said.

Justice has known that this was where he wanted to be after high school for a few years now, and he has done anything and everything in his grasp to strengthen himself as an applicant.

He hosted a debate last summer for the first congressional district in Tennessee for challengers looking to win Rep. Roe’s vacant seat upon his retirement, and Justice thinks that gave him some leadership leverage and helped him stand apart.

Another area where he believes he stood out was athletics, running cross county for Gatlinburg-Pittman and a member of the wrestling team at Pigeon Forge.

He qualified for the state meet in cross county, and he wrestled at the state tournament this year which is something that helped strengthen his application.

Justice believes both sports helped prepare him for the Naval Academy, including more specifically the endurance they both gave him.

“I believe wrestling is the best physical sport out there as far as this goes, because you are dealing with a lot of upper body strength which I will be utilizing at the Naval Academy,” he said. “It also requires a lot of endurance which is something that will be useful for the long runs that I will have at the Academy.”

Justice made sure that his resume and application were strong enough for him to get in with extracurriculars such as athletics, but his education at Gatlinburg-Pittman and work ethic gave him the right academic foundation to know he was in a good spot.

He took the ACT seven times throughout his high school career, going from a 20 as a sophomore all the way to a 34. The highest possible composite score on the ACT is a 36.

His hope is that his education along with future military education will allow him to achieve his dreams.

“My goal since early in high school has been to take command of a large military medical center and preferably a Naval hospital such as Walter Reed,” Justice said.

“That suited my interest, and I also want to be pushed beyond my limits. I believe the Naval Academy is best for this.”

Upon graduation from the Naval Academy, Justice will have an eight year military requirement, and that is something he is honored about.

Serving this country is also something that he takes seriously, and he hope that he can represent Sevier County with his service to the United States.

“It was a big honor (to get in the Naval Academy), but probably my biggest honor was being selected to represent the first congressional district as the principle nominee to the Naval Academy and to be a nominee from Sen. Alexander’s office as well,” Justice said.

“I get to represent this community that has given so much to me and set me up so that I was able to apply for an appointment to the Academy. Only about 1,200 of us are actually appointed out of about 25,000 that apply. This was a very big deal to me since I have worked hard for this since my freshman year of high school. I have sacrificed a lot academically and athletically.”

Justice added, “It is going to be a huge honor to serve this nation as a military officer. To know that somebody like me can do this and has to ability to do this is one of the greatest dreams an American can have.”