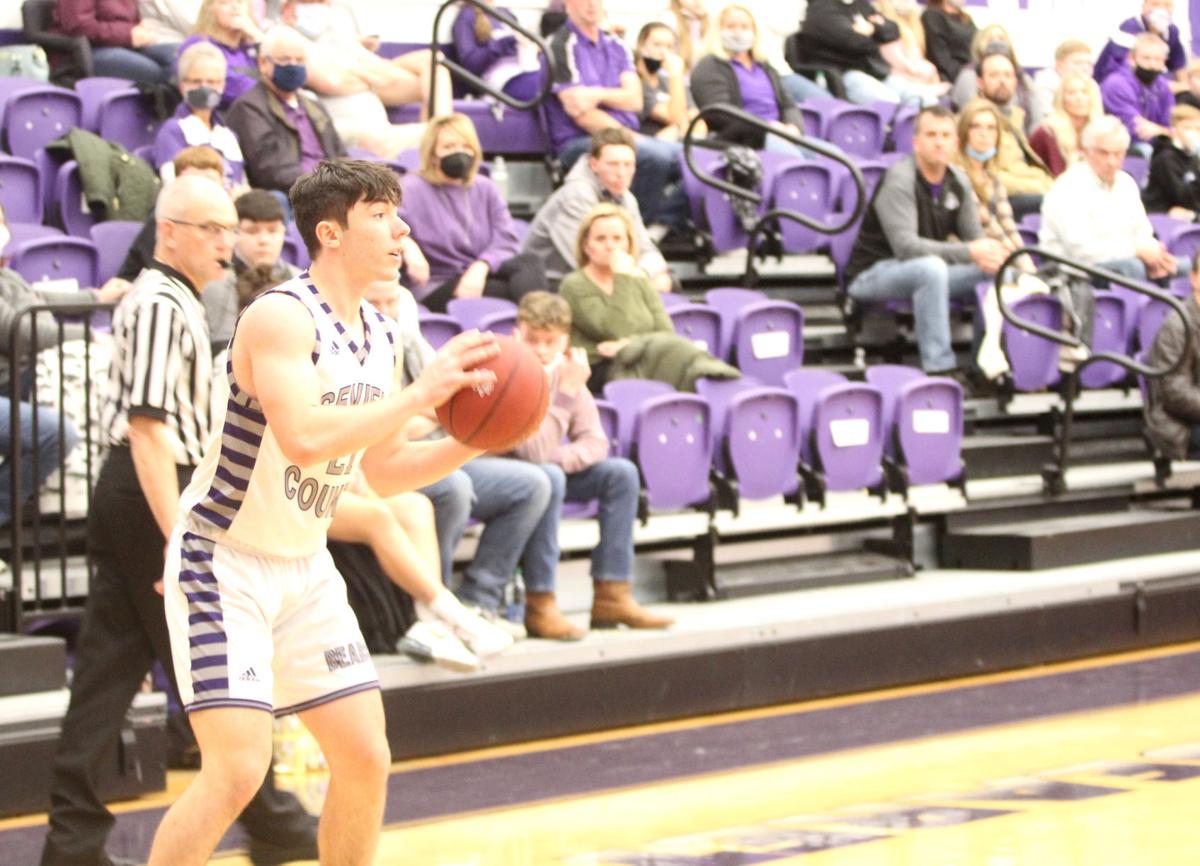 Sevier County’s David Greene looks to pass the ball in the Smoky Bears win over Morristown East at home on Tuesday night. 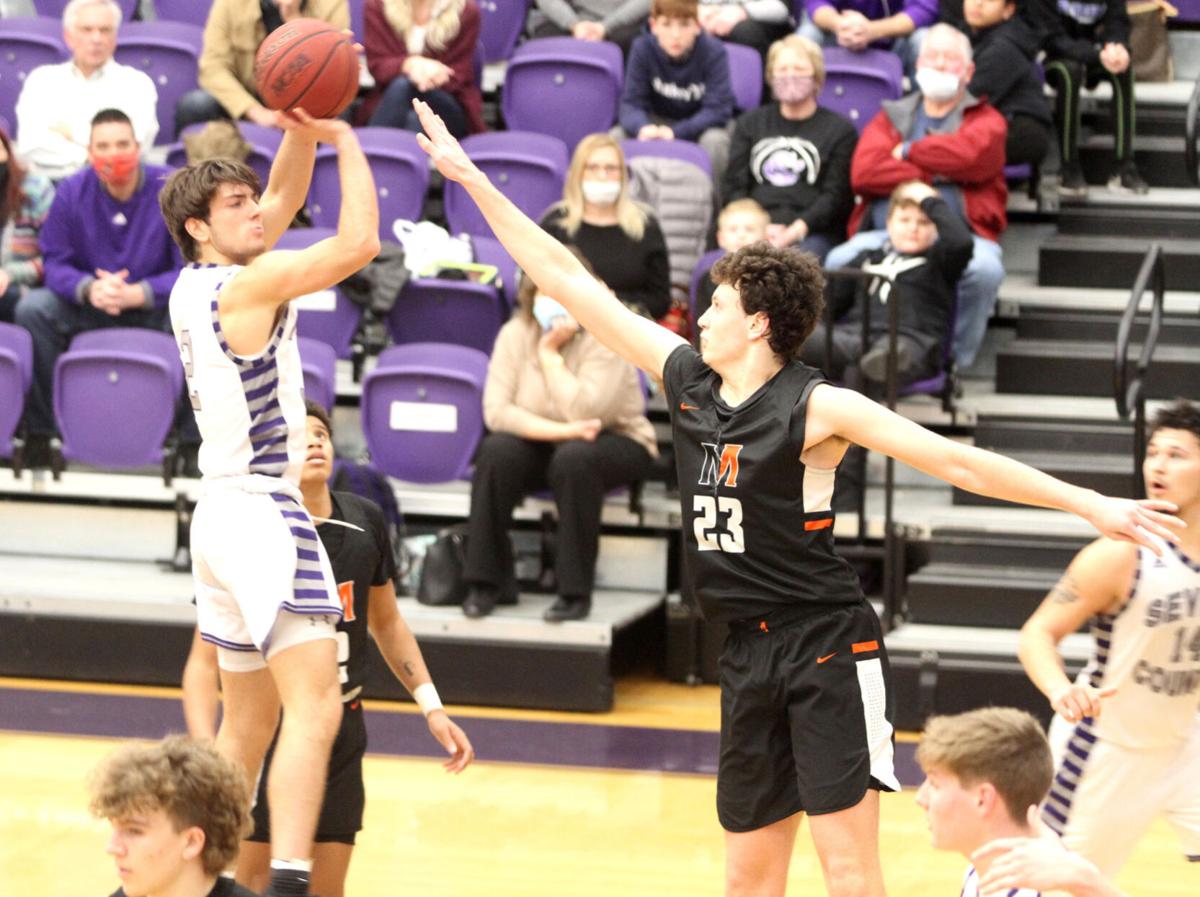 Sevier County’s Danny Stanton goes up for a mid-range jump shot against 6’10” big man Braden Ilac for the Hurricanes.

Sevier County’s David Greene looks to pass the ball in the Smoky Bears win over Morristown East at home on Tuesday night.

Sevier County’s Danny Stanton goes up for a mid-range jump shot against 6’10” big man Braden Ilac for the Hurricanes.

SEVIERVILLE — Jonathan Zhao put the ball in the hoop early and often in a critical district showdown for Sevier County on Tuesday night versus Morristown East.

“What can you say about 38 points against a tremendous basketball team,” Sevier County head coach Ken Wright said. “Jonathan played tremendous on the offensive end.”

Sevier County avenged their lone district loss of the year on the road to the Hurricanes, a close 56-53 defeat, and moved to 7-1 in district play compared to Morristown East who is 6-1.

The contest appeared to be headed toward a track meet early as the Smoky Bears didn’t get back on defense in the first quarter.

Sevier County’s Gavin Joslin banked in a jumper as the clock expired, and the Hurricanes led 21-20 entering the second quarter.

Morristown East’s 6’10” post Braden Ilac dominated early with eight of his 14 points coming in the first quarter, but post Tyler Wilson did a much better job defending him the rest of the game.

“Tyler did a tremendous job too giving up a lot of height against the big kid,” Wright said. “Tyler is quick and strong. He doesn’t get pushed in as much and that is why it is hard to take him off the court. We don’t have anyone else that can play against 6’10”.”

The pace slowed as the game went on, and the Smoky Bears stepped it up defensively, giving up only seven points in the second quarter.

On the offensive end, Sevier County slowed down, too, leaving the halftime score tied at 28.

Zhao extended the lead to 46-40 with seconds left in the third quarter, and then he hit back-to-back three-pointers in the opening minute of the fourth quarter to help the lead balloon to 12.

The Smoky Bears didn’t let the Hurricanes back in the game, and a late steal by Danny Stanton closed the door in the win.

Zhao hit five triples in the win, while Stanton added 17 points and Wilson had nine.

“We still have the rest of the season to play out,” Wright said. “It was a huge win, but we have a lot of basketball ahead of us still. We have to keep getting better.”