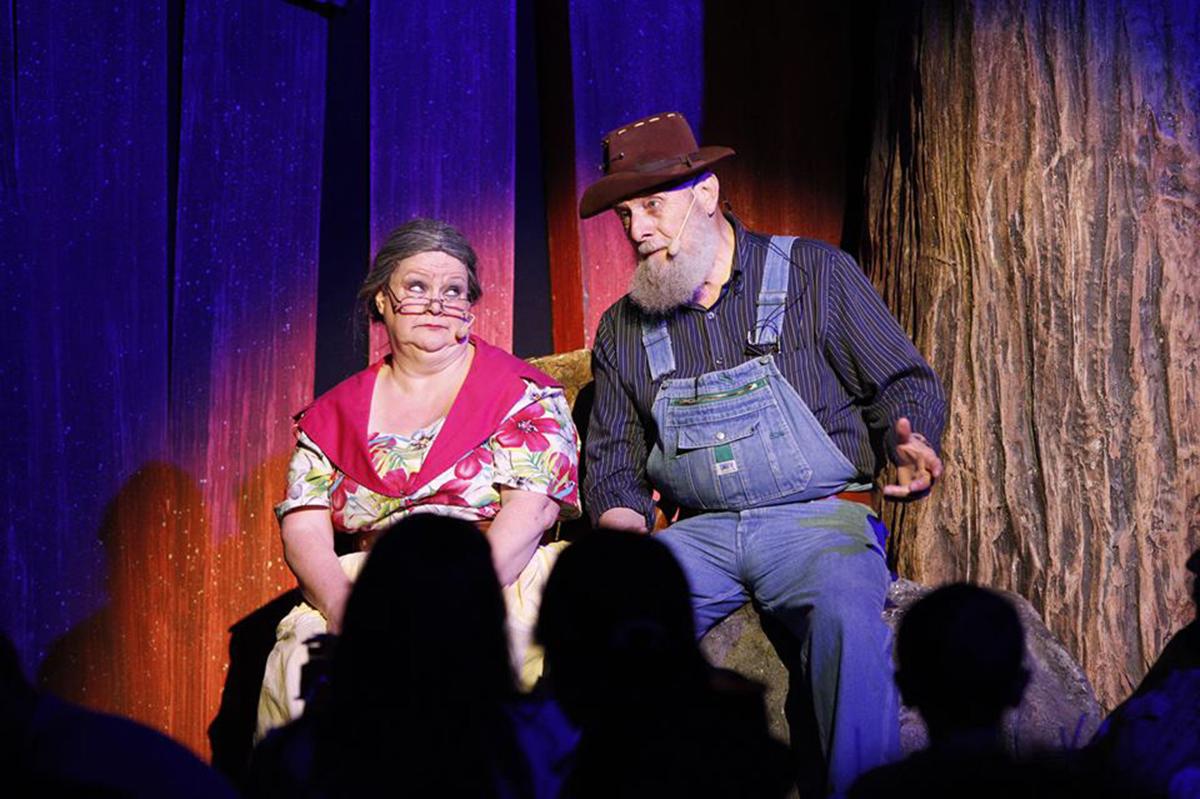 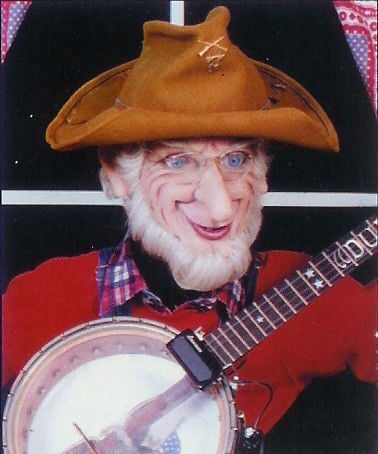 “Wes is gone but not forgotten as he touched and taught so many here in the Smokies. Through his service to God, country, friends and family the world is truly a better place because of Wes. Thanks for the million plus laughs you gave to the audiences you entertained,” said Jim Hedrick, senior vice president of Fee/Headrick Family Entertainment Group and former co-owner of the Comedy Barn and Hatfield and McCoy Dinner Feud theaters.

A celebration of life will be held locally at 4 p.m. Sunday, Oct. 17, at the Conference Center at Sun Outdoor Resort, 1004 Parkway, Sevierville (formerly River Plantation).

Military honors will be provided by Honor Guard of American Legion Post 104 of Sevierville. Patriotic attire is encouraged.

Herrick, a native of Concord, New Hampshire, was known in local entertainment as the voice and man behind his self-made one-of-a-kind manatronic man-robotic character “Grandpa Duffy” in the multi-million dollar Comedy Barn Theater in Pigeon Forge. He also played the role of the funny “Granny Hayrak” at the Comedy Barn and “Pa Hatfield” in “The Hatfield and McCoy Dinner Feud” show.

With dozens of switches for head, eye and mouth control at his feet, Herrick pushed his arms through “Grandpa Duffy’s” sleeves to play banjo, guitar or fiddle. The character had such complicated movements and controls that some audience members even mistook “Grandpa Duffy” for a real person. Before coming to Pigeon Forge, Herrick performed in Las Vegas casino shows.

Herrick was also known as a patriot with a love for his country. He enlisted into the U.S. Air Force in 1961 earned the rank of sergeant. He worked with the military air transport service C-124 military transport and logged approximately 2,500 hours of flying time. He served at Hunter Air Force Base in Savannah, Georgia, and at Donaldson Air Force Base in Greenville, South Carolina. Herrick was assigned to transport and drop 82nd Airborne Division, Fort Bragg, North Carolina, and did general freight deliveries all over the world. He held the position of aircraft loadmaster. He was responsible for load and off load of all cargo and passengers. He was responsible for troop drops worldwide.

He served valiantly in the U.S. Air Force during the Vietnam War, and like many of his comrades said he was greeted with indifference and scorn from an ungrateful public upon his return. Herrick constantly reminded everyone that “freedom isn’t free.” More than 40 years later Herrick was awarded a Vietnam Service Medal during a surprise presentation at intermission during a performance at the Comedy Barn in 2005.

In spite of his commendation, friends said Herrick was not one to brag about his military service.

“He didn’t care about himself being recognized,” said David Fee, president of Fee/Hedrick Family Entertainment Group and former co-owner of the Comedy Barn and the Hatfield and McCoy Dinner Feud theaters. “He wanted our country to get together and to think about other young men and women who are in harm’s way today.

Here's how much home prices have risen since 1950

Where US military aid is being spent, ranked

Herrick was also awarded a “Quilt of Valor” and a plaque at “The Hatfield and McCoy Dinner Feud” in July of 2013. The quilts are presented by the Quilts of Valor Foundation to Vietnam Veterans who have been involved in combat situations and nominated by their peers. The quilt was made by Doyleen Taylor, wife of Dennis Taylor, the Tennessee State Director for Quilts of Valor.

“I was blindsided by this,” Herrick said at the time. “I never expected this but I am grateful. This was a complete surprise.”

For David Fee, Wes was more than just

“Wes was one of the first people I met when I moved to Pigeon Forge in 1993. We became fast friends and colleagues,” Fee said.

“My heart aches. He was a Vietnam veteran, a former New Hampshire state trooper, a New Hampshire police chief, a performer, a musician, a devoted husband, father and grandfather, but most of all he was a true friend. I am very proud of his service to our country, very thankful for the talent he provided to our company, but most of all grateful for the friendship he gave to me.

Fee credits Herrick for what the Comedy Barn became.

“Herrick and his wife, Diana, helped build the Comedy Barn in the early days and helped it to become the huge success that it is today,” Fee said. “He loved to make people laugh! He was a very great and talented man. He is very missed by all of his Tennessee family.”

Herrick was a Special Weapons and Tactics (SWAT) team member, a retired Teamster, a truck driver and an entrepreneur. He also ran a machine/welding shop in Pigeon Forge, when he wasn’t remodeling houses or entertaining audiences at the theaters. From that shop many Fee/Hedrick Family Entertainment Group creations were conceptualized and produced. He even added a motorized toilet to “The Comedy Barn” show dubbed the T.P. Cruizer.

“His loving wife, son, daughter, stepson and grandchildren were his greatest achievement,” Fee said. “He lived on their love and care to the very end.”