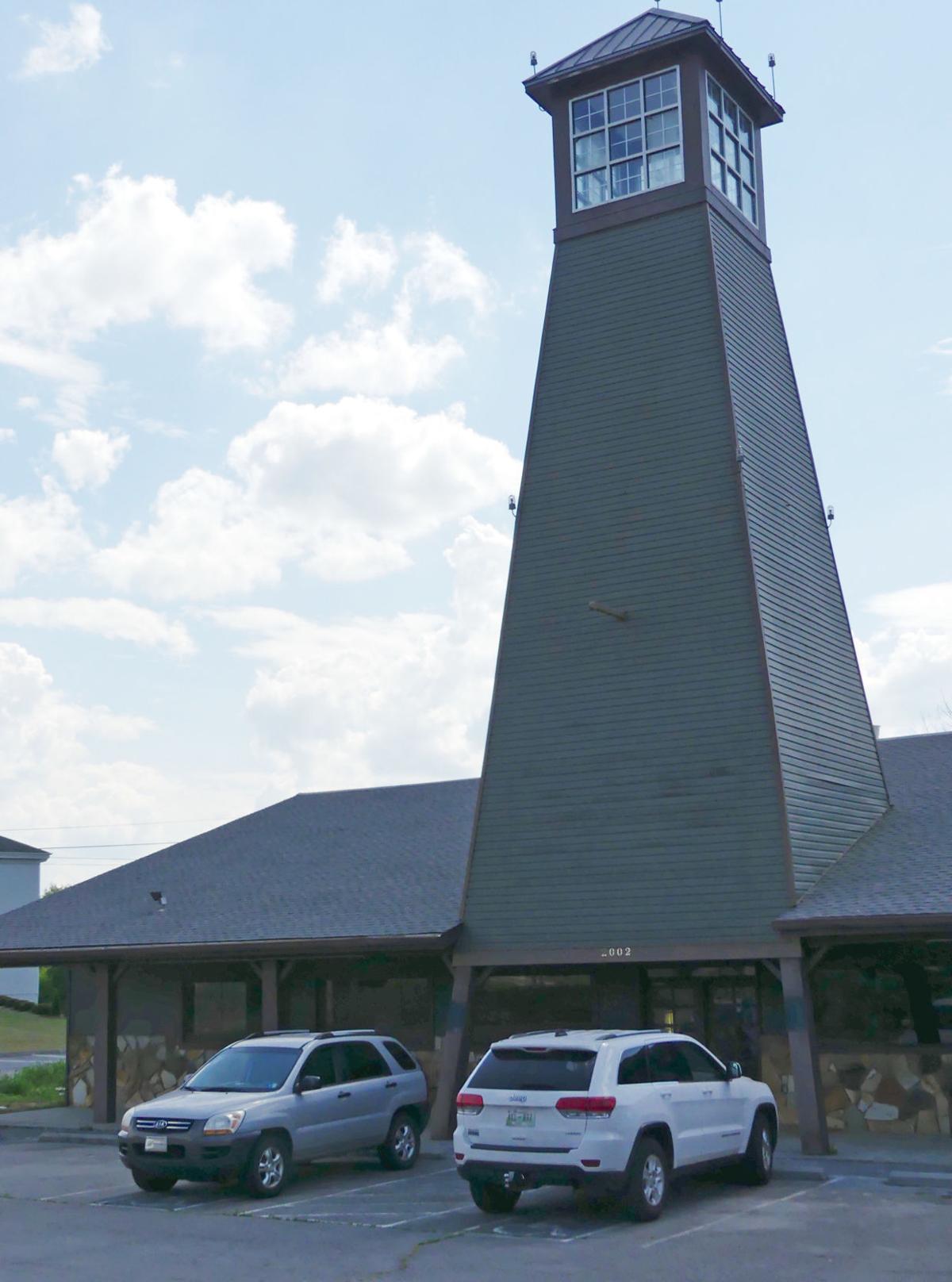 The vacant business is likely familiar to drivers on Winfield Dunn Parkway; it’s been a seafood restaurant and a visitors center in past incarnations. 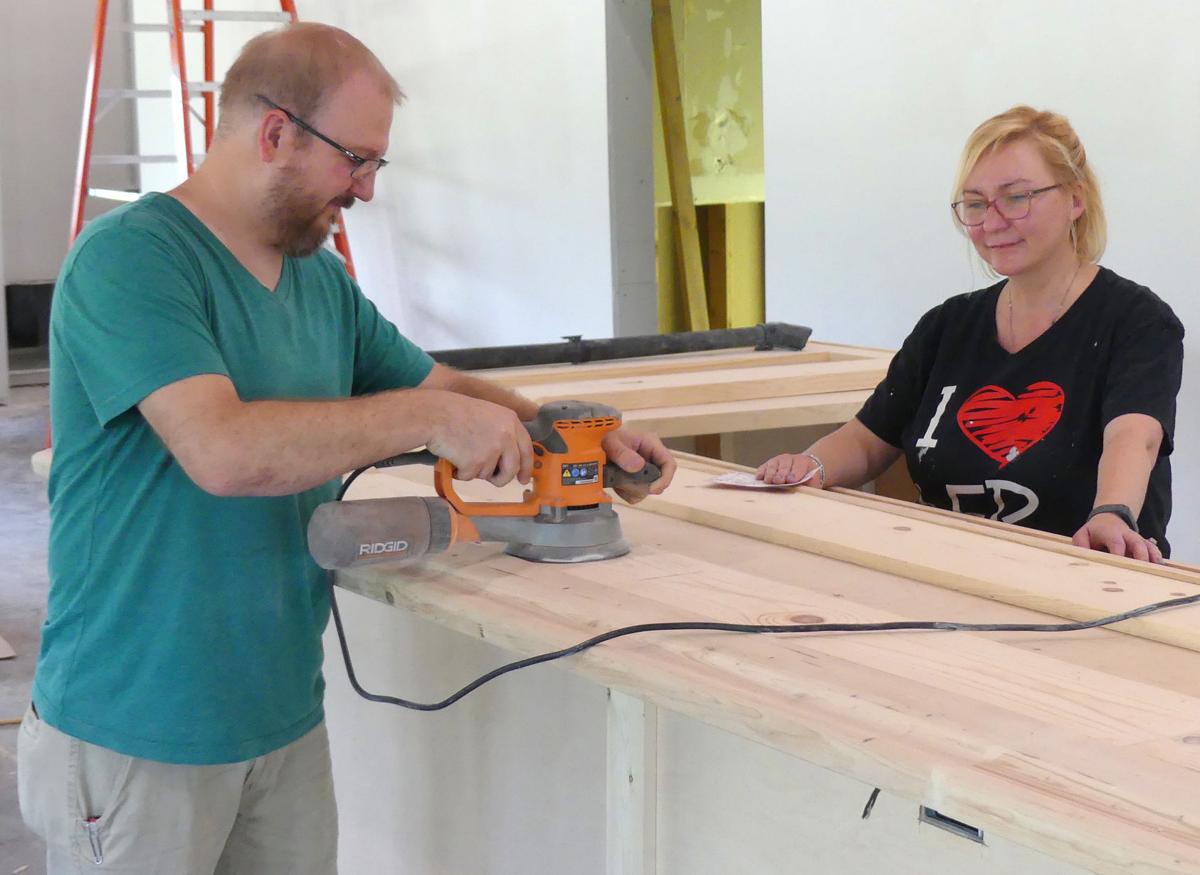 Brad and Natacha Hylton work on the bar inside East Tennessee Billiards, the new business they’re bringing to 2002 Winfield Dunn Parkway. They hope to be ready to open in July.

The vacant business is likely familiar to drivers on Winfield Dunn Parkway; it’s been a seafood restaurant and a visitors center in past incarnations.

Brad and Natacha Hylton work on the bar inside East Tennessee Billiards, the new business they’re bringing to 2002 Winfield Dunn Parkway. They hope to be ready to open in July.

Brad and Natacha Hylton are taking a hands-on approach to building a business they’ve dreamed of for years.

Since March, they’ve been busy working in the building at 2002 Winfield Dunn Parkway, renovating it into what will soon be East Tennessee Billiards. They’re planning a spot where people can enjoy a game of pool, as well as food and beer, in a family environment.

“A family friendly pool hall is what we wanted to open,” Natacha said.

“There’s a pool hall here and there’s places to play pool here but they don’t offer craft beer or liquor or food at the same time. There’s bars that have pool tables and entertainment, but you wouldn’t take family there.

The two of them met while working on a cruise ship. When they started thinking about where to settle down, they decided to come here. Now it’s home for them and their two children, and they had been thinking about starting a business here for some time.

During the pandemic, they had time to really discuss whether they were serious about the plan. Once that decision was made, they sold their house to help build up some revenues and started looking for the right location.

When they came inside the vacant spot on Winfield Dunn Parkway, they realized it checked a lot of boxes for the type of venue they were looking for. It’s been a visitors center, a restaurant and a store in previous incarnations.

“It had the open space, the ceilings, the patio with the view of the river, and it had been a restaurant so it had a lot of the infrastructure we needed,” Brad said.

And they already knew how to do a lot of the work they’re doing for renovations, working backstage at venues including Dollywood and on cruise ships.

“We’ve built sets, we’ve painted, we’ve done prop work, we’ve done lighting, we’ve done sound, all those things come naturally to us to be able to do this,” Natacha said.

Now they’re putting those skills to use in reworking the building, which is recognizable by the lighthouse outside — a holdover from when it was a seafood restaurant.

They’ve got contractors coming in to handle issues like plumbing and electricity, but they’re doing as much of the work as they can on their own.

They’re hoping it proves to be an easily accessible location for people from Sevier County, because they want it to be a place that local people can come to hang out and play a few games.

They’d like to have lessons on some occasions and have regularly scheduled league games, including a women’s league and youth league that could play there regularly.

There will be six tables — seven-foot Diamond, pro-am tables, they said.

The menu will be serving locally-sourced food, as well as local craft beers.

People will also be able to relax outside on the patio, and they hope to have a small stage for live performances a few nights a week as well.

There’s still work remaining to be done, but they’re hoping to open July 2.

“It can be a little overwhelming at times, but we look forward to opening and giving the community this awesome venue,” Brad said.