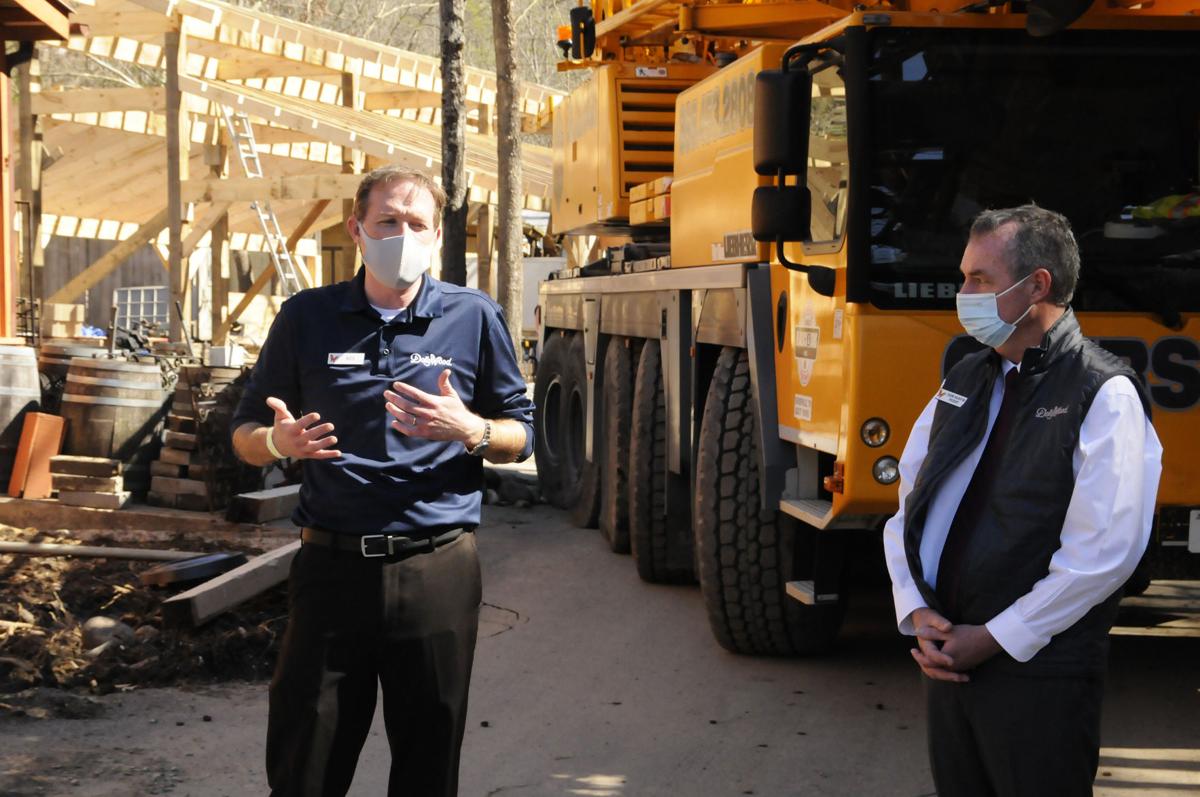 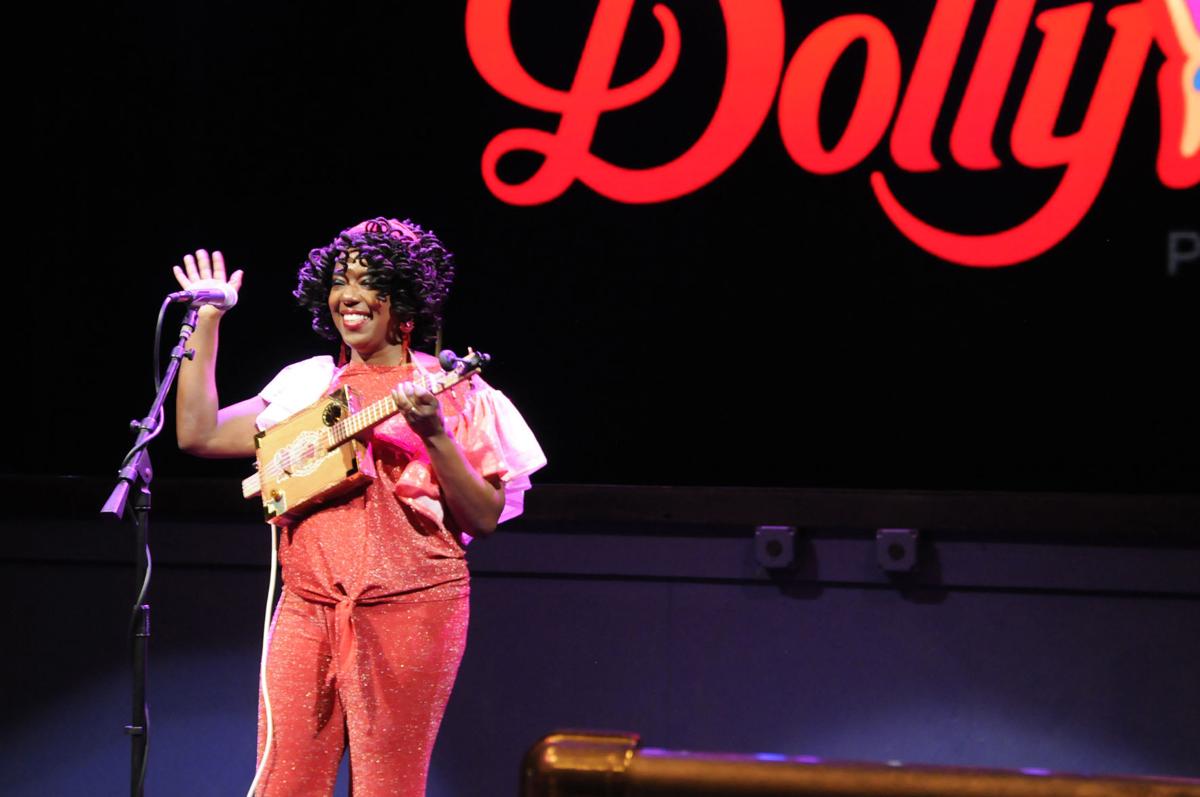 Kelle Jolly will be performing her ukulele show at Dollywood during the Flowers and Food Festival this spring. 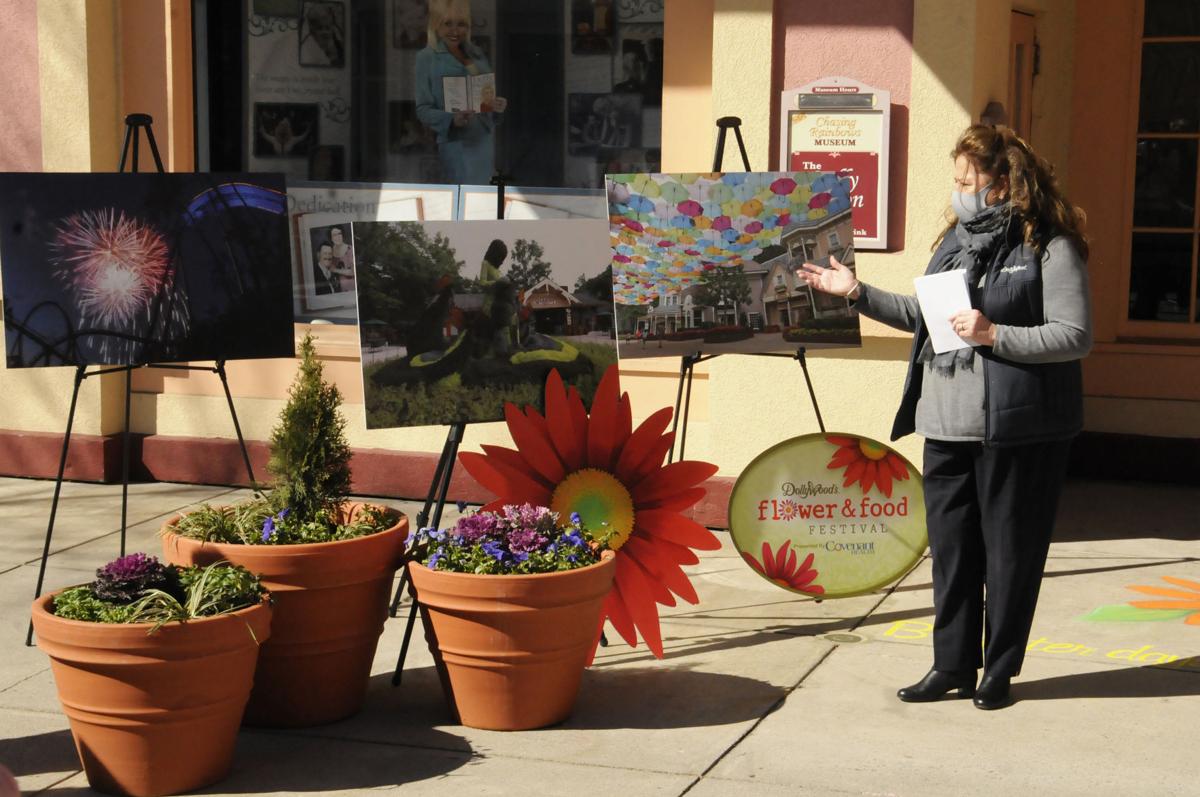 Kelle Jolly will be performing her ukulele show at Dollywood during the Flowers and Food Festival this spring.

Dollywood crews are preparing the theme park for the 2021 season, and though no new major attractions have been installed, many items throughout the park have been overhauled or reworked to provide a better visitor experience.

“With everything considered we had a really strong year last year, especially at the end of the year with our Harvest Festival and Smoky Mountain Christmas, and it’s given us an opportunity going into this year to plan some things that will help enhance the guest experience,” said Wes Ramey, Dollywood public relations director.

Many of the changes being implemented at Dollywood were the direct result of guest feedback on what would make the theme park more comfortable and would provide a better experience. Buildings have been removed, renovated or repurposed and additional seating areas are being installed in areas where congestion was high and seating was limited.

“Even though we don’t necessarily have a large attraction that’s going in this year there is probably as much work going on on-park to improve guest experience than I’ve seen in the 20-plus years that I’ve been here at Dollywood,” said Pete Owens, vice president of marketing and public relations.

One of the most noticeable changes is taking place in Craftsman’s Valley where the blacksmith’s shop has been relocated and expanded. The popular sign making and displays of craftsmanship guests have come to expect will remain, with added experiences like the ability for visitors to make their own knives.

The 2021 calendar has an additional 700 operating hours at Dollywood. A new Flower and Food Festival began last year after Dollywood’s delayed opening because of COVID-19. The festival will take place in the spring this year, as was originally conceived, and is set to include many new opportunities for food and music.

“Many of our guests did not get the opportunity to come out and visit us during our capped attendance days,” said Cyndi McCormack, vice president of guest experience. “Spring at Dollywood means stunning flower displays, amazing culinary delights and music filling our streets.”

The festival runs from April 23 through June 7. Guests can expect to see giant Mosaiculture sculptures, daily chalk art demonstrations and a variety of popular musical acts, including Big Daddy Weave, Matthew West and Rebecca St. James, as well as local acts like popular Knoxville jazz singer, Kelle Jolly, who will be performing her ukulele show at the Robert F. Thomas Chapel. The chapel is one of the locations seeing major renovations this off-season, from the foundation up through the roof.

'Ok, I get the idea': GOP senator cuts off Stacey Abrams on controversial voting law

“The second year of Flower and Food Festival is all about stirring feelings of inspiration and positivity and goodness and how much we all need some goodness in our lives,” McCormack said.

The other half of the festival is the food, and new this year, Dollywood will be offering a Dining Day Pass for $29.99 — or $27.99 for season pass holders.

“Here at Dollywood our passion is food and we’re proud of the many food items we can display and encourage our guests to enjoy,” said Aaron Banks, Dollywood’s director of culinary services.

The Dining Day Pass will allow purchasers to get five different Flower and Food items during their visit. For guests attending two consecutive days, they can stretch the five items over both days.

The event will feature 30 items in 12 locations, including fish and chips with a balsamic reduction, a spring flatbread with mascarpone, pesto, arugula and an edible flower and a cuban sandwich with a mango salsa.

Construction projects around the park also include major renovations to roller coasters, like the Lightning Rod, to improve the percentage of time the ride is operational. Track replacements on other roller coasters are also occurring, including the Mystery Mine and Blazing Fury. Thunderhead has been undergoing a four-year track replacement in sections, with about 25% replacement per season. That project is about halfway finished.

Mystery Mine is the only one of the four not expected to be open on opening day, because of delays getting steel for the project. It is expected to open within a couple of weeks of the park’s opening.

“Some people might not even notice the things that we’re changing on grounds to try to improve not only the flow and the ease to get around our park but just to be more comfortable and more repeatable in experience,” said Eugene Naughton, president of Dollywood.

Dollywood opens with a Season Passholder Day on Friday, March 12. The first day of general admission is March 13.