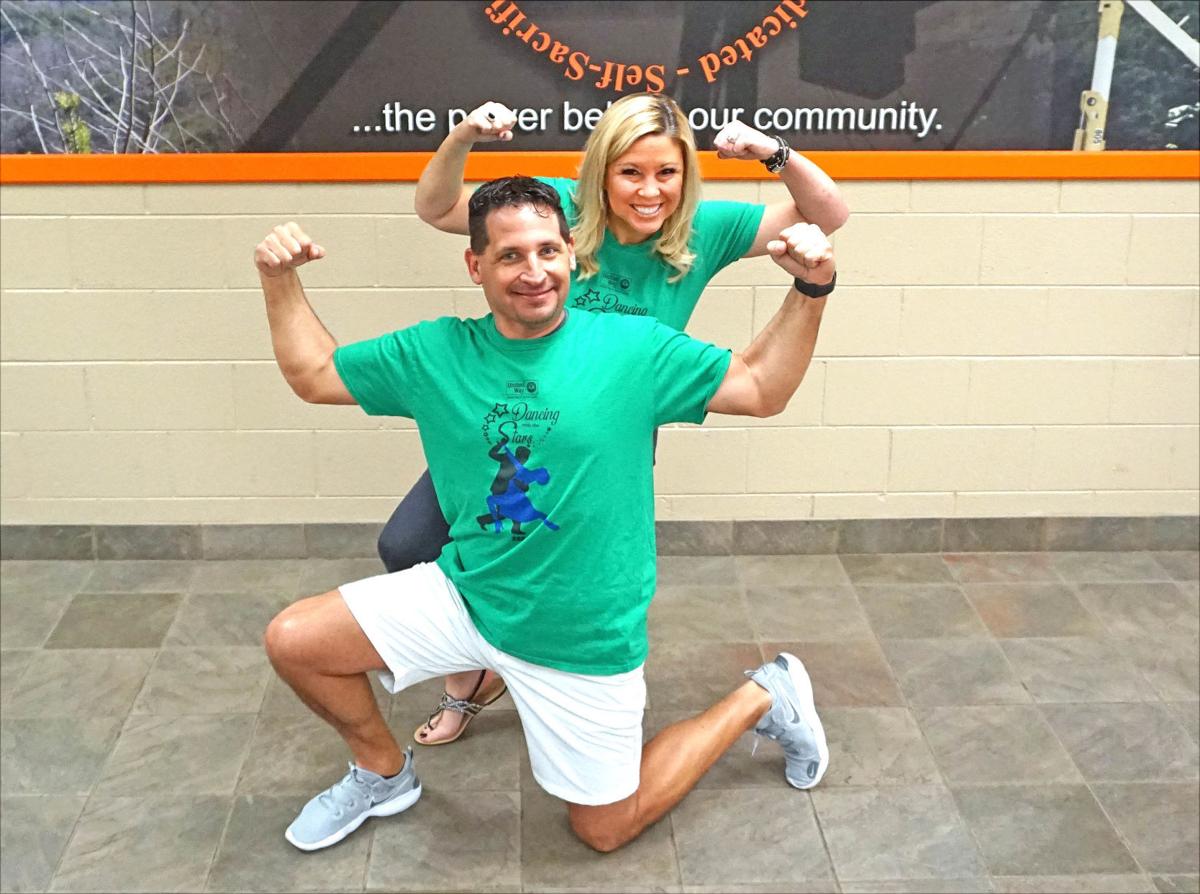 Lucas Harkleroad and Megan McClure are partnering together for United Way’s Dancing with the Stars. 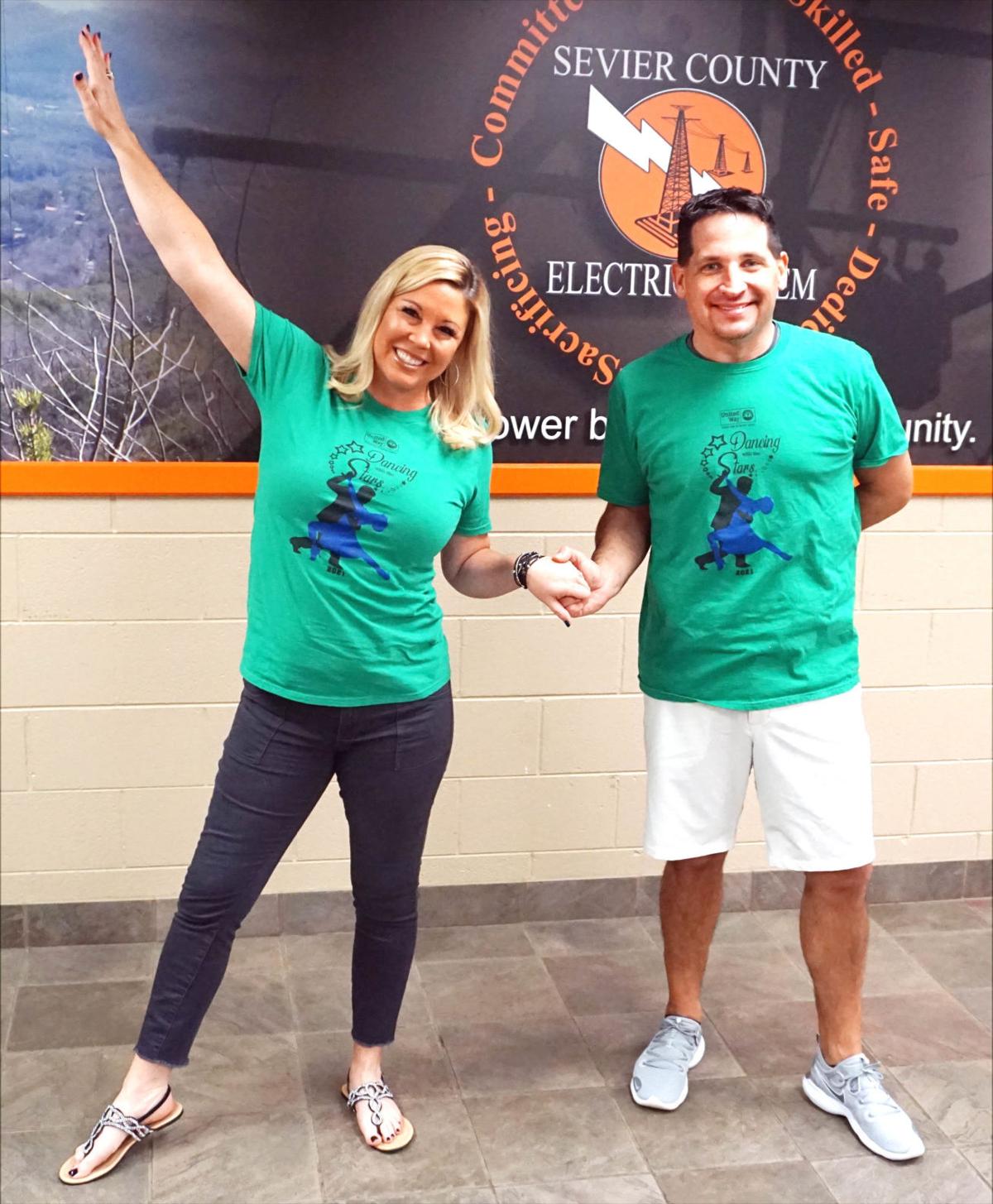 Lucas Harkleroad and Megan McClure are partnering together for the United Way's Dancing with the Stars.

Lucas Harkleroad and Megan McClure are partnering together for United Way’s Dancing with the Stars.

Lucas Harkleroad and Megan McClure are partnering together for the United Way's Dancing with the Stars.

Dancers will take to the floor again this year to raise money for a worthy cause when United Way’s Dancing with the Stars returns on Friday, April 16.

“This is our third year,” said Amy Harper, executive director of United Way of Sevier County.

“It is a commitment. Not only do they have to spend time learning the routine but they are also asked to do some fundraising,” Harper said.

For Harkleroad and McClure, dancing isn’t something they ever thought they would do, but they have enjoyed the experience and its challenges.

McClure said she had told Harper a million times she could not dance.

“So finally I said one day, you know what, OK I’m going to do it. It scares me to death. It is something I have never done before. Why not?” McClure said.

Harkleroad brings a comedic flare to his dance partnership with McClure. It shines through when he describes how he became part of the dance team.

“My Mom always wanted a daughter and groomed us for dancing. However, being the son of a Baptist preacher made it difficult to dance. I really don’t think it is still allowed, but my Dad is pretty close to retirement,” joked Harkleroad. “But seriously, no, I did not want to do this under no circumstances, but my awesome boss Allen Robbins volun-told me to.”

Each dancing duo works with a choreographer to learn the moves.

Harkleroad and McClure have worked with Lessie McCarter, who has embraced their silliness into the routine.

“Once we got together as a team it was really fun. I think we gelled pretty well together,” Harkleroad said.

2 dead, including suspect, after shooting spree on highway, in Wawa parking lot

Was QAnon used by foreign adversaries?

“I think we learned to just make fun of ourselves and go with it,” McClure added.

The practices have been quite an experience.

“I have a new respect for dancers, that is for sure. It has been grueling as far as the cardio,” McClure said, adding that it got easier as time progressed.

McClure said she went from being sore each practice to more fit and ready to tackle the routines.

The dancers meet a couple of times a week on average, but Harkleroad said there are times they have met more and a recent practice where they worked on the routine several hours.

The pair’s roughly three minute routine is a mix of music, from oldies to more modern tunes.

“I would call it sweating to the oldies. Put a little Richard Simmons in that bad boy, because from the time we start to the time it is over we are sweating,” Harkleroad said.

Supporters can vote for their favorite dancers at https://dancing

forsevier.com/. Voting is already open and will continue through the night of April 16.

Tables are already sold out for the event, which will be at 6 p.m. at The Ridge Outdoor Resort located at 1250 Middle Creek Road, Sevierville, but the dancing will also be livestreamed on the Sevier County United Way’s Facebook page.

One team will receive the Judge’s Choice Award, the coveted prize decided by a panel of three judges and based on technical skill and footwork. First and second prizes will be announced.

“The Judge’s Choice Award is based on originality, choreography, music, costumes and difficulty of their dance moves,” Harper said.

The People’s Choice Award is based on the number of votes from the audience and online. Each vote, both online and at the event is $5, and people can vote as often as they wish until voting closes.