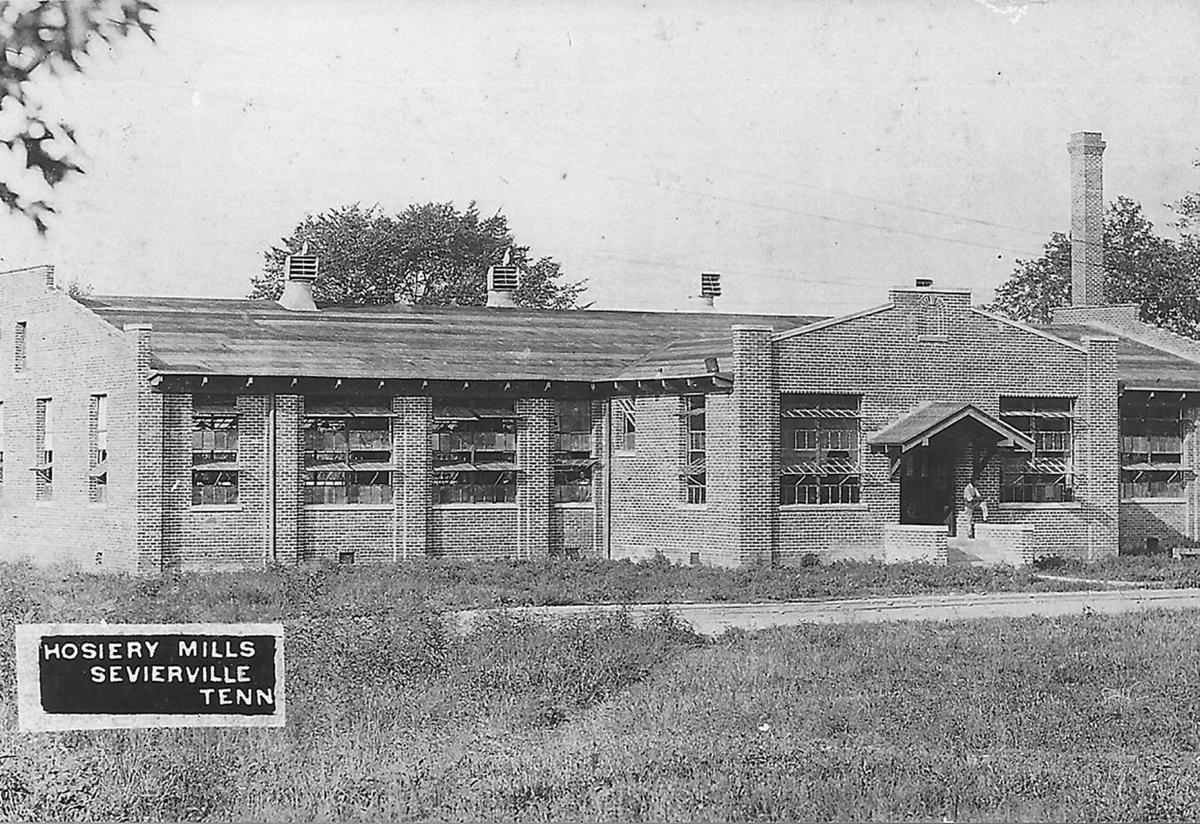 Built in 1920, the Loudon Hosiery Mill building was renovated in 1998 and is currently an office complex called Mill Corner Place. 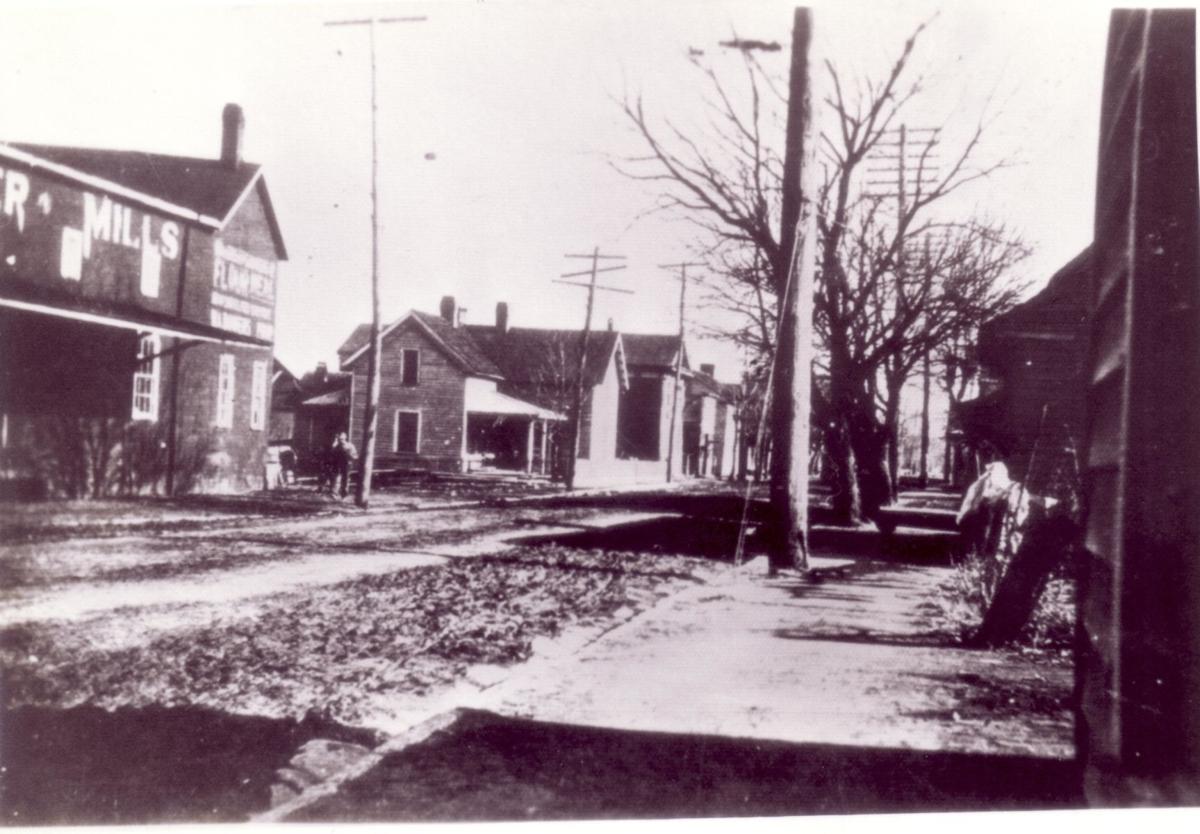 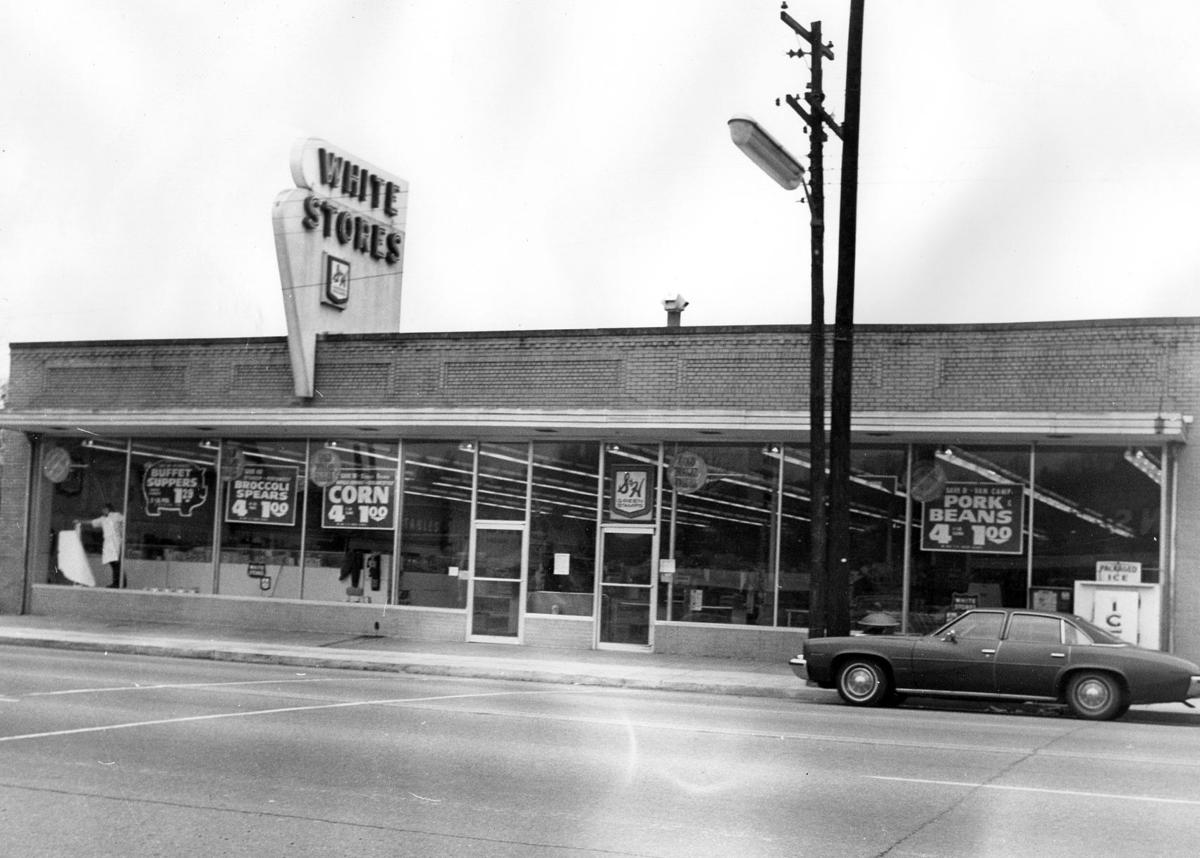 The White Store was located where the new Sevier County Bank now stands.

Built in 1920, the Loudon Hosiery Mill building was renovated in 1998 and is currently an office complex called Mill Corner Place.

The White Store was located where the new Sevier County Bank now stands.

Since 1795, a lot of businesses have come and gone in Sevierville’s commercial district. It is not unusual to hear older residents refer to the location of businesses by mentioning what business used to occupy the space where a current business is located. While such descriptions can be confusing to new and younger residents, interesting information about our past can be learned from them. Some of these businesses include:

Founded in 1909, Sevier County Bank has been in operation longer than any business in Sevierville. In 2006, the main office of the historic business relocated on East Main Street. Sevier County Bank is now located very close to where it started over a century ago. Actually, the new bank building sits where the White Store, a popular grocery store for many years once stood.

The first location was in an old building known as the Emert Brick, where the bank’s time and temperature sign is today. The current building and parking lot also encompasses the property where the old Masonic Temple once stood. Built in 1893, the Masonic Temple served Mountain Star Lodge No. 197. The first-floor rooms of the two-story red brick building were used for several purposes over the years. The longest use and the one having the most far-reaching effect was the Sevier County Public Library from its founding in 1920 until a new library was constructed in 1968.

Also included in the paved area that is now the bank’s parking lot is what was once called the Ingle Corner. Dr. Rex Ingle, his wife, Pauline Hoffman Ingle, and their daughters lived in the attractive stone house on the corner of Main Street and Park Road (now Parkway) for many years. Dr. Ingle, a dentist, was mayor of Sevierville 1952 to 1959. A small motel called Ingle’s Court was located behind the house. However, the first family to live on the property was M.B. McMahan Sr., his wife Mary Kate Chandler, and their children. McMahan served as Sevierville’s fourth mayor from 1908 to 1909.

D GardenD Garden the Superlative Floratique, owned and operated by Dustin Manning, is currently located at 128 Court Avenue. This building was Sevierville Hardware from the time it was built to 1986. Built in 1915, the fixtures installed in the two-story brick building were the latest style which included rolling ladders, scales and wall drawers for small items. After 70 years, the left side, which was built over the old town ditch, had sank over a foot. Each brick was carefully removed, and the building was structurally corrected. The interior was left as it was when Sevierville Hardware sold Jackson Wagons, Greener Action Loading Shotguns, and Duro Cook Wear. The owners and occupants have meticulously maintained the historic character of the old hardware store.

Carl Ownby and CompanyIn 1952, Carl Ownby established a hardware store. Carl Ownby & Company opened at 152 West Main Street on property purchased from Brown’s Cabinet Company. Additional property on Main Street has expanded the physical facilities to include three buildings and warehouses. The property includes the site of the historic Sevierville Mills. In 1865, a mill and a log mill dam were built on the site. Before the bridge crossing the east fork was built in 1893, horses and buggies crossed the river at a ford just west of the mill dam. A foot log tied to the mill post behind the mill was used by pedestrians to cross the river. Around 1900, Jerome Bowers constructed a new mill on the site of the previous mill. The old log dam was removed and replaced with a concrete dam in October of 1915. Later an ice plant was added. The old mill and dam were demolished in the 1960s as part of the TVA Flood Control Project.

Mill Corner PlaceA hosiery mill located at 248 Bruce Street provided employment for many Sevier County residents over a period of almost 40 years. Throughout its history the building has changed ownership numerous times. The building in which the mill was located is now Mill Corner Place, a posh office building; one of the finest examples of historic preservation in Sevier County. In 1995, SRM, LLC-a company owned by attorneys Ronald Sharp and James Ripley and engineer Gary McGill purchased the old building and began a massive renovation. They stripped the interior back to the brick walls and concrete floors which was built on solid concrete piers. Once the renovation was completed, the three investors moved their offices there and rented out office to space to others. While the façade looks very similar to the way the original mill looked, the interior now appears very stylish while maintaining remnants of the original purpose of the building such as the exposed incomparable masonry work.

Ole Smoky DistilleryCorporate headquarter offices of Ole Smokey Distillery are located in the stately three-story brick building on the southeast corner of Court Avenue and Bruce Street, which is known today as the Ogle Building. Built in 1920, bricks for the structure were made in a local kiln owned and operated by J.F. & N. McMahan Co. The first business to occupy the building was Purity Drug Company. In 1923, the First National Bank of Sevierville opened in this building. The bank did not survive the Great Depression. First National Bank was sold at public auction to Robert Seaton, Attorney at law, along with Dr. Casper P. Wilson and Dr. Otha H. Yarberry. Dr. Wilson used the front ground floor for his office, clinic, and operating room, while Dr. Yarberry occupied the rear of the first floor. Robert Seaton’s law offices and the medical facilities of Dr. Roy A. McCall were upstairs. The Fashion House, a women’s dress shop, was located on the ground floor for several years before W. Henry Ogle, Attorney at law, purchased the property in 1977 and named it the Ogle Building.