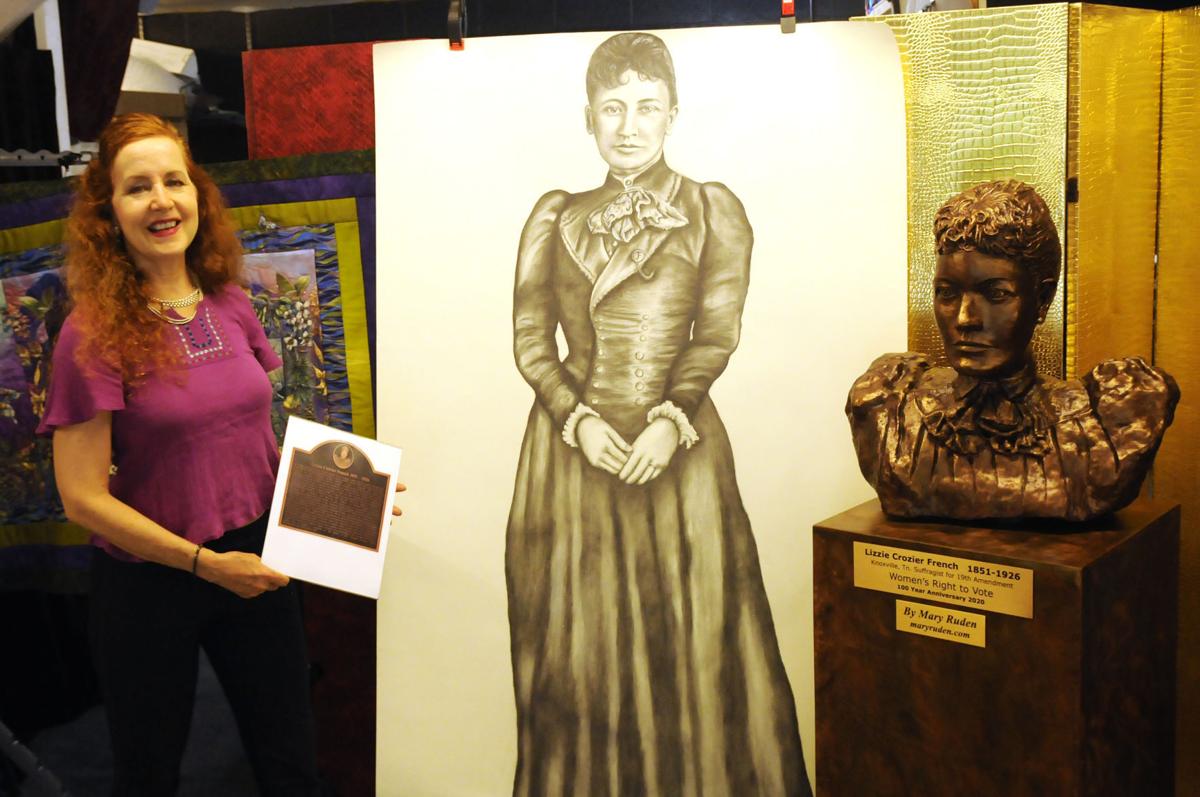 Mary Ruden stands next to her drawing and bust of Lizzie Crozier French at her studio in Seymour. 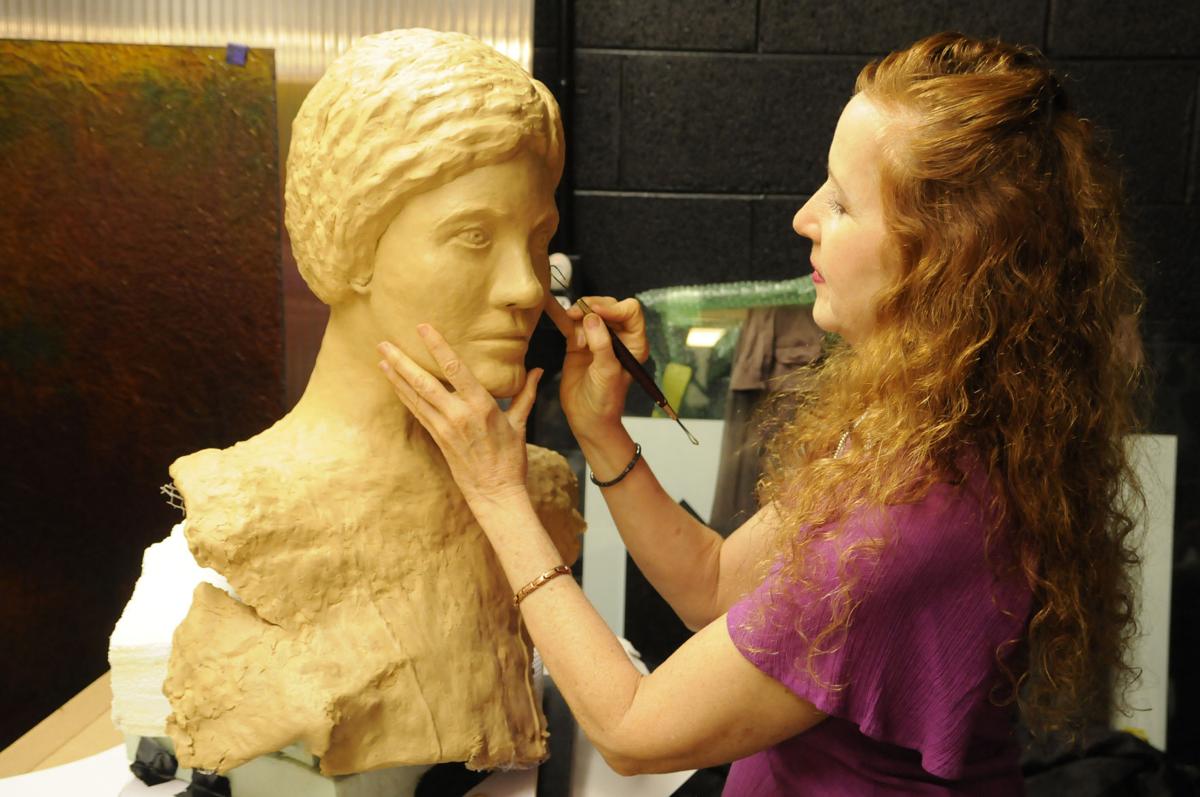 Mary Ruden shapes clay into a bust of Ann Davis, known as the Mother of the National Park. The clay sculpture will be used to make a mold before the bust is cast in bronze. 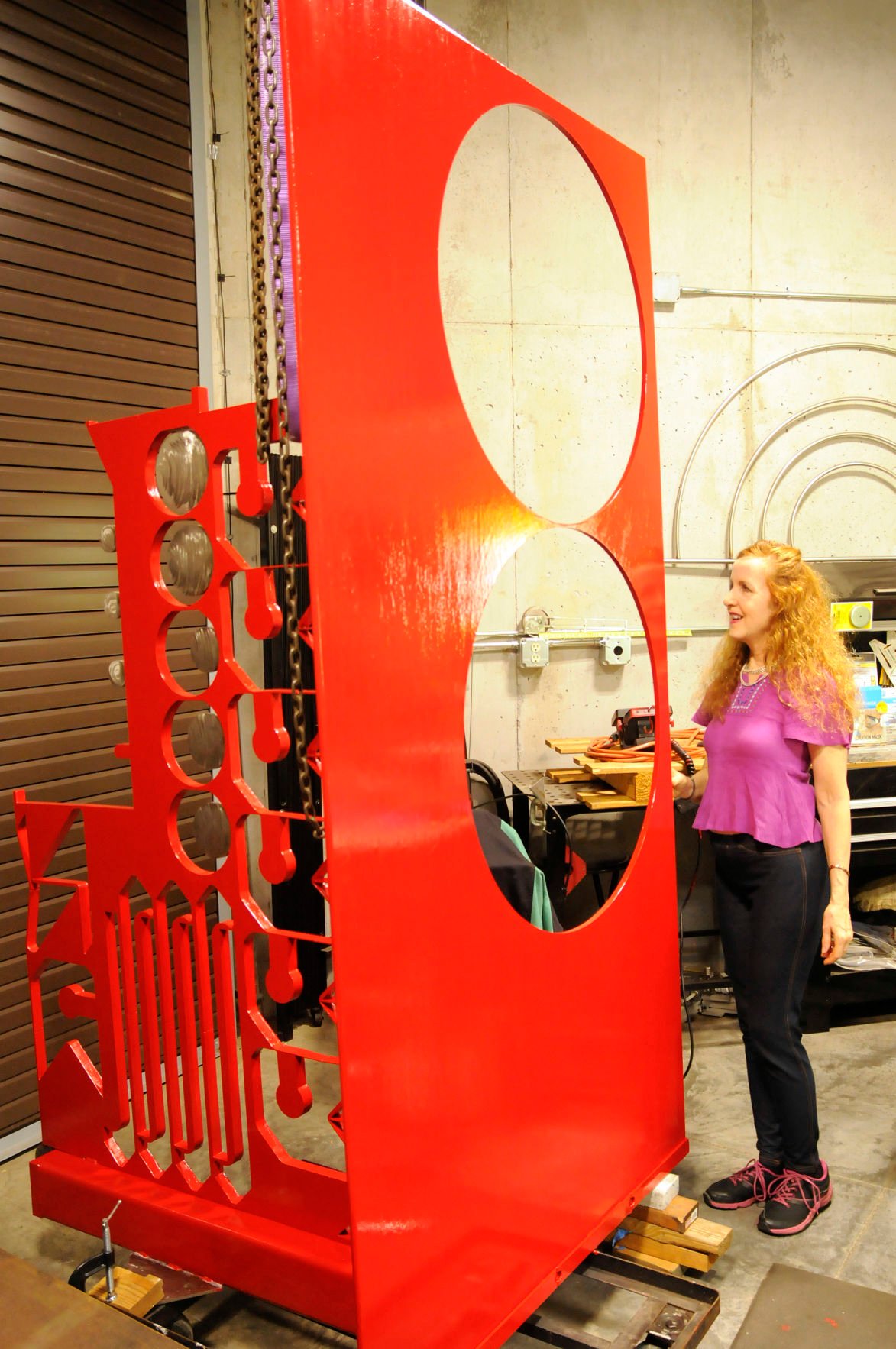 Ruden's public art to be displayed in downtown Johnson City. 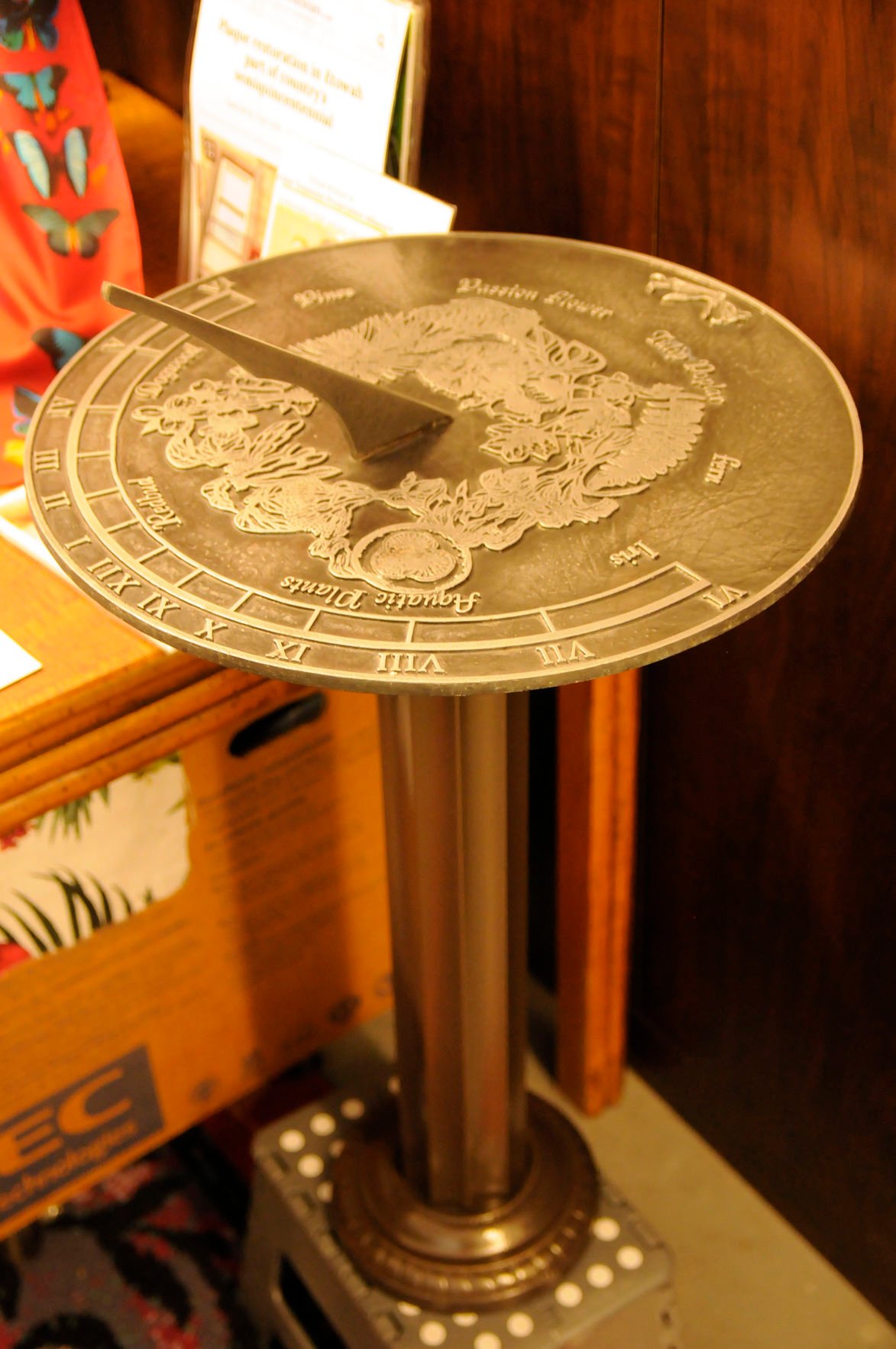 A sundial made by Mary Ruden.

Mary Ruden stands next to her drawing and bust of Lizzie Crozier French at her studio in Seymour.

Mary Ruden shapes clay into a bust of Ann Davis, known as the Mother of the National Park. The clay sculpture will be used to make a mold before the bust is cast in bronze.

Ruden's public art to be displayed in downtown Johnson City.

A sundial made by Mary Ruden.

Mary Ruden has an appreciation for a wide variety of art forms, but her focus is on maintaining the classic art styles that have been passed down for generations.

She is currently creating a bronze bust of Ann Davis, known as the Mother of the National Park for her involvement in the early days of the Great Smoky Mountains, and has her hands in various public art projects and historic monument restoration efforts.

“I was classically trained and I really want to see more classical art in the world because everything is contemporary and nowadays a lot of things are just digital,” Ruden said. “I really prefer the classical arts, building with the clay, doing likenesses and portraits of people. That’s kind of what my focus is, the famous and historic people of Tennessee.”

Her studio is located at her home in Seymour, but it looks more like a European garden, complete with a metal-work studio designed to look like a medieval castle. There’s also a greenhouse and other thematic elements tied to Ruden’s Welsh roots.

Though she prefers the classics, she is just as comfortable with contemporary art or botanical art. She’s a member of the American Society of Botanical Artists, and much of her work that isn’t focused on historical figures is devoted to natural subjects like orchids and butterflies.

Among her current projects is an 800-pound modern public art piece soon to be displayed in downtown Johnson City. Her studio includes a 13-foot door and a crane to accommodate larger works. She is assisted in her welding projects by Robert Benfield.

“I do a great deal of public art,” she said. “I do crazy contemporary stuff, too. I like it, but I feel there’s so much of it in the world.”

Ruden was raised in Florida and attended Ringling College of Art and Design in Sarasota. She taught art on the collegiate level earlier in her career.

Her bust of Davis is similar in scope to a bust she completed of Lizzie Crozier French, a Tennessean who was one among the leaders of the women’s rights movement in the state in the early 1900s. The project was completed to coincide with last year’s 100th anniversary of the passing of the 19th Amendment of the U.S. Constitution giving women the right to vote.

The bust of French was placed in the Salisbury, North Carolina, city hall for the centennial event. She crafted the bust from a pair of photographs she had of French.

“All I had to work from — it was a very big challenge — are these two pictures of her,” Ruden said. “That’s all I had. That’s all you get sometimes.”

She also put a new bronze marker in the Old Gray Cemetery in Knoxville where French is buried.

“My main emphasis or focus is historic people,” Ruden said.

Her bust of Ann Davis isn’t set to be displayed anywhere yet, but Ruden said she hopes to pair it with a quilt she made of Davis that until recently was on display at Arrowmont School of Arts and Crafts in Gatlinburg. She plans to lease out the items as part of a larger display on the environmental activist and politician who spent her final years at a home in Gatlinburg.

Ruden plans to continue producing art focused on prominent people from Tennessee, like French and Davis, and soon plans to begin a project on Sequoyah who created the Cherokee syllabary.

“We have so many people in Tennessee that did so much, these women for the right to vote, just so many people who were so interesting — Ann Davis and Sequoyah — just a fantastic amount of history and people who did meaningful things here in Tennessee. I think art can help people remember that and it gets passed down and lasts for generations,” she said.

When she’s not creating original art of her own, Ruden works to restore monuments across Tennessee including the Spencer Clack memorial on the grounds of the Sevier County Courthouse.

“I’m the monument magician,” she said. “I go around all over Tennessee and I restore all the old, old, old monuments. Very few people know how to do it.”

Those projects include the Overmountain Man Statue and the Sycamore Shoals Monument in Elizabethton which help tell the story of the Battle of Kings Mountain.

“I wish some other people would be interested in art restoration because it’s a big field. In Washington, D.C., they have people who get paid lots of money to restore statues and things but we don’t have anybody here,” she said.

“I think restoration is very important. Very few people do it. We need people to take over when I’m not around anymore.”

Ruden’s work can be viewed at maryruden.com and she has a show locally at Gallery 10, 118 Bruce St. in downtown Sevierville. She encourages people to use art as a way to remember the past and hopes they will at least consider the classics.

“I think, especially in today’s world with all this digital art that you see, they have to think and consider the classics. Everybody should listen to an opera even if you don’t like opera. Everybody should listen to Chopin and hear what a classical instrument sounds like and what a chorus sounds like under the direction of a director, and I think it’s the same with the arts. Everybody needs to look at classical statues, like the Dolly statue for instance that’s by Jim Gray, a great artist, because I think that’s where our roots are,” she said.

“I think digital art is fine but I don’t think it can hold a candle to the classics. I would make people sit down and at least listen to an opera, and they may hate it, but they have to at least listen to something classical to have that frame of reference before they go off and live their lives.”