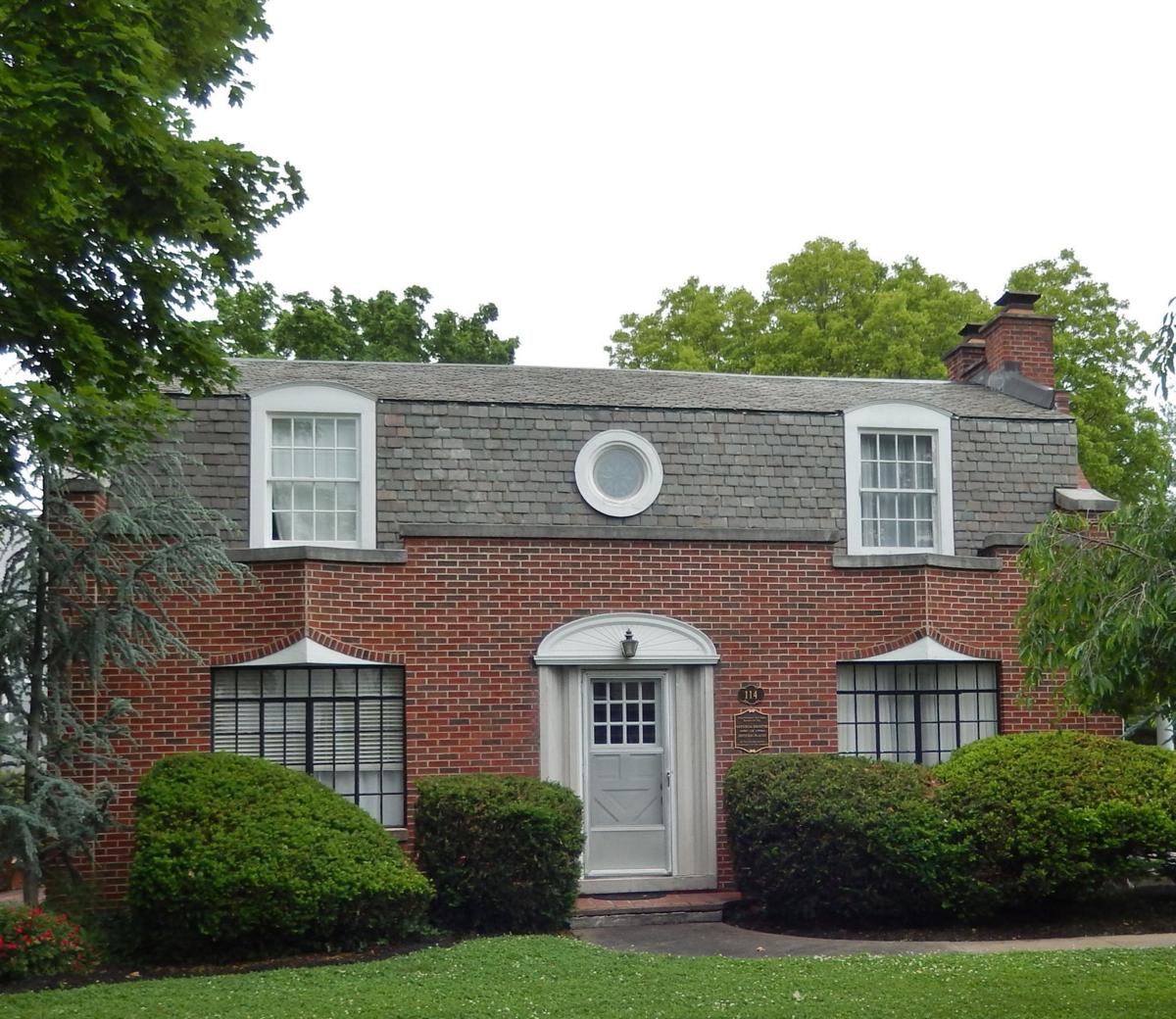 The Dwight and Kate Wade House was built in 1940 at 114 Joy Street based on plans by Vera Cook Salomonsky, a nationally known architect from New York. 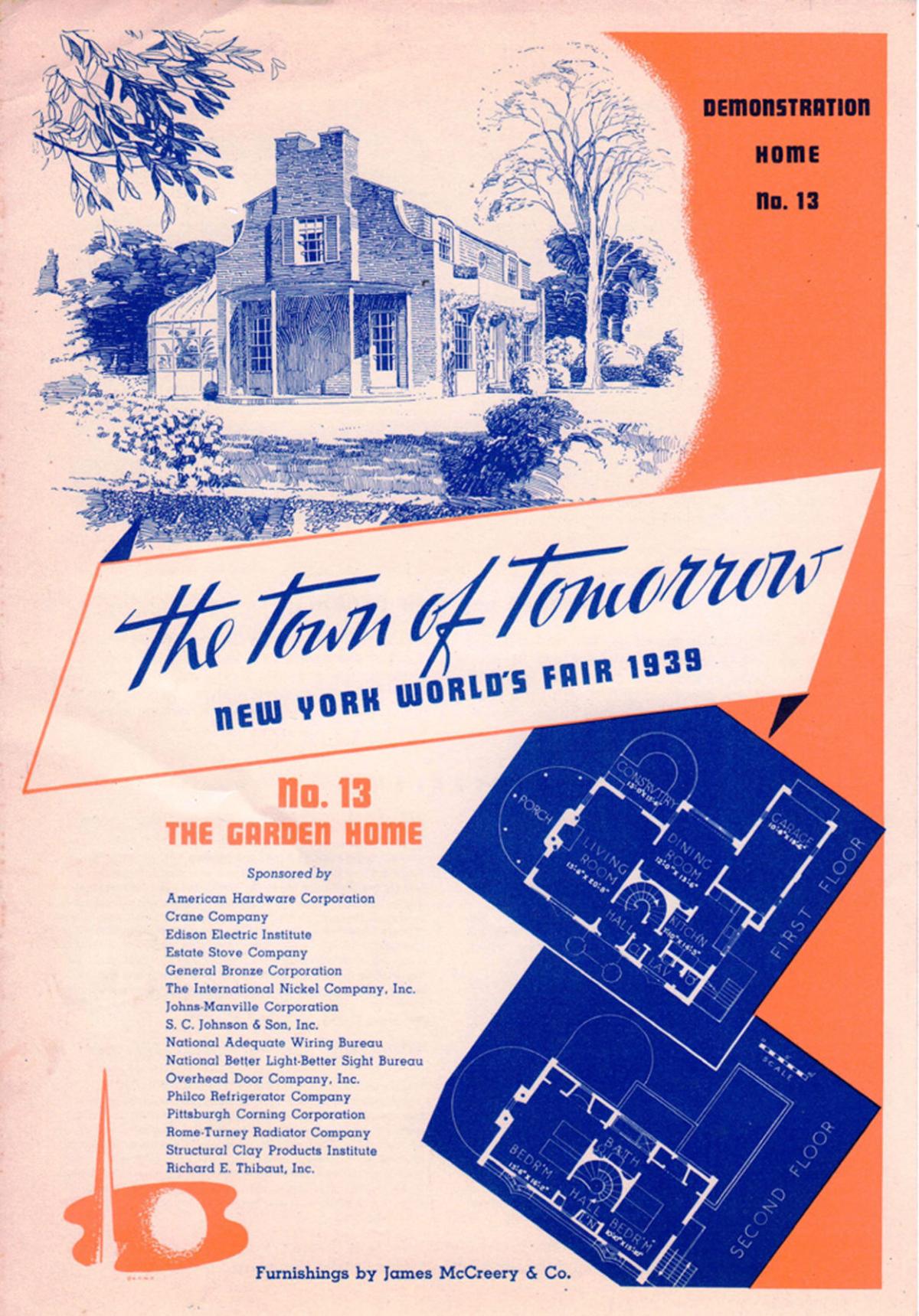 The “Garden Home’ as seen in the “Town of Tomorrow” exhibit’s brochure. This is the 1939 New York World’s Fall Brochure cover. 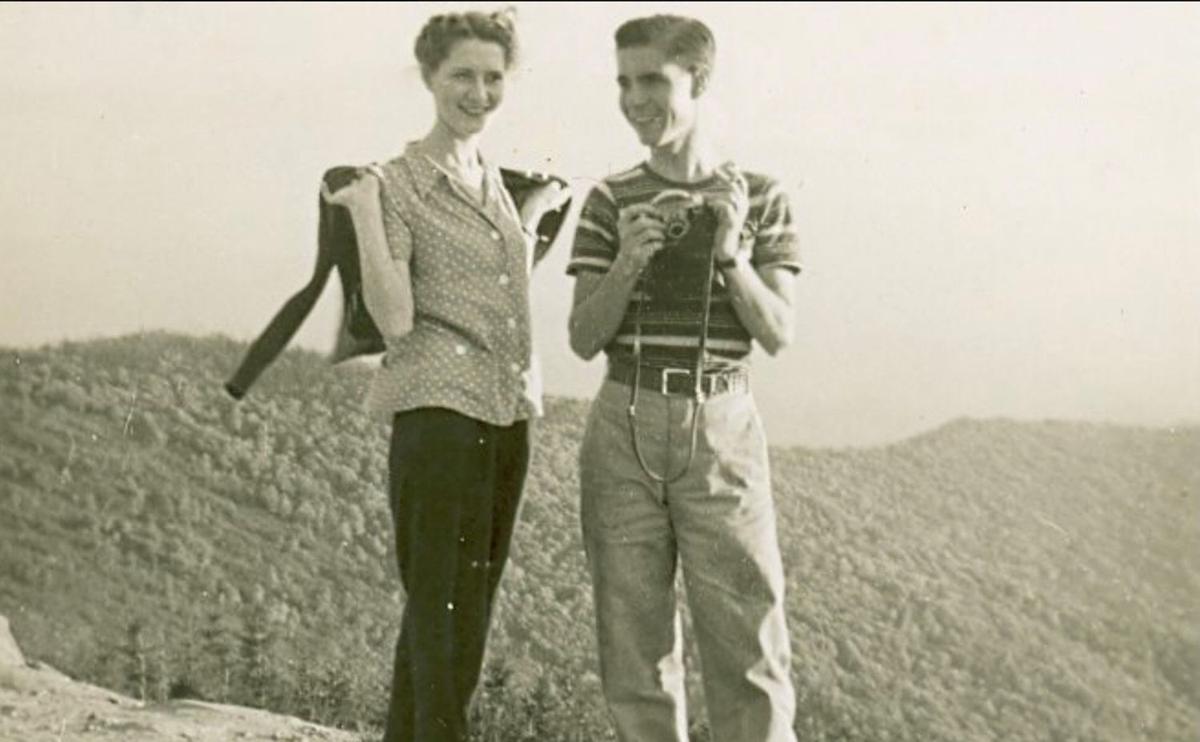 Kate and Dwight pictured at Newfound Gap when they were dating in the late 1930s.

The Dwight and Kate Wade House was built in 1940 at 114 Joy Street based on plans by Vera Cook Salomonsky, a nationally known architect from New York.

The “Garden Home’ as seen in the “Town of Tomorrow” exhibit’s brochure. This is the 1939 New York World’s Fall Brochure cover.

Kate and Dwight pictured at Newfound Gap when they were dating in the late 1930s.

Dwight Wade married Kate Reagan on June 26, 1939, and they traveled to New York City for their honey- moon. One of the high- lights of their trip was a visit to the 1939-40 World’s Fair held at Flushing Meadows in Queens. Among the many exhibits was the “Town of Tomorrow” which introduced visitors to 15 demonstration houses exemplifying the proper use of nationality available materials, equipment and methods for home building or home modernization.

The couple was particularly impressed with the “Garden House” designed by Vera Cook Salomonsky, one of America’s first female architects with a national reputation. After returning to Sevierville, they ordered the plans directly from Salomonsky’ s firm in New York. The couple used information from a “Town of Tomorrow” brochure given to the World’s Fair attendees. They hired J.F. & N. McMahan Construction Company, a local African American building firm noted for their intricate brickwork, as well as contractors J. Bob Atchley and Buford Brown to build the house.

Located at 114 Joy St., the Wade home was completed in the fall of 1940. Dwight, however, was no stranger to Joy Street, since his mother, Victoria, owned and operated a boarding house on the same block. The lot had been the garden for the recently closed Davis Hotel which sat at the corner of Joy Street and Court Avenue. Victoria Wade jumped at the chance to purchase the land when it became available. She thought it would be an ideal spot for her son, daughter-in-law, and prospective grandchildren to construct a dream home.

She was right. Dwight and Kate created a nearly exact replica of the “Garden House.” They kept the majority of Salomonsky’ s original architectural elements, though they flipped the plan and refrained from applying stucco to the exterior walls. Salomonsky designed the house with the unique combination of Art Moderne and Colonial styles — architectural trends popular in the era. The two-story dwelling features end facades, a gambrel roof covered with slate, twin chimneys on each end façade, crowned front entrance with fluted pilasters, and a symmetrical façade. However, Salmonsky also incorporated a side porch, supported by Doric columns in shape of a half circle, a round window on the second level and other curvilinear features that are typical of the Art Moderne style.

The interior also features a combination of Colonial Revival and Art Moderne elements. Based on a central hall plan, the house has a circular and open central staircase with a metal balustrade. The dining room and parlor are embellished with circular built-in cabinets and display cases described as “classic niches with broken pediments.” Perhaps the most unique architectural element of the entire house are the rounded corners in every room, an element meant to deter the collection of dust. The modernistic dwelling also incorporated details such as a built-in dishwasher, glass block windows, and a garden patio, which accentuated Salomonsky’ s Garden Home theme for the house design.

Born in 1907, Dwight Wade Sr. spent much of his childhood living in Sevierville. In the fall of 1923, he gained fame as a member of the Sevier County High School football squad that was called the ‘scoreless wonders.” He attended Maryville College, the University of Tennessee, and Carson-Newman, where he completed the requirements to become a teacher.

His first and only teaching job was at Greenbrier School in an area that is now within the Great Smoky Mountains National Park. He taught sixth, seventh, and eighth grade in a church because the schoolhouse had been burned by arsonists. While there, he resided at the LeConte Hotel until it closed for the season, and he then stayed with a family who lived nearby.

Wade was not rehired the following year, and he decided to open Wade’s Department Store in Sevierville. The business was a success and after a three-year period, his mother and uncle Sanders Atchley joined in co-ownership. The next several years were much tougher since they had to navigate through the Great Depression.

Kate Reagan grew up in Knoxville where she was born in 1915. After graduating from Young High School and specialty training, she moved to Sevierville as a teenager with an ambition to be self-sufficient with a career in cosmetology. She became Sevierville’s first beautician when she opened a shop in the Central Hotel in 1933.

In the ensuing years, Dwight and Kate raised four sons. Dr. Dwight Wade Jr., State Supreme Court Justice Gary R. Wade, Kenneth R. Wade, and Sidney P. Wade. As the sons grew older, they realized the need for more space. An annex was built behind the house, and great care was taken to maintain the original design elements. They lived in the house for the remainder of their lives.

The Wades attended church regularly, however, they went to different houses of worship. She was a Methodist, and he had been a member of First Baptist since he was 12 years old. Come Sunday mornings, the six Wades would walk together until Dwight parted ways and Kate took the boys to her church.

During the summertime, the Wades lived in the family cabin at Emert’s Cove where Dwight always had a vegetable garden. After he sold his store, he remained active tending to his investments and serving on the board of Sevier County Bank. They also enjoyed extensive traveling, often with their youngest son, Sidney, who was a flight attendant for Delta Airlines.

The Wades shared 65 years of marriage in the ‘Garden House,” a model which had impressed them when they first saw it on their honeymoon and up until Kate died in 2004 at age 88. Dwight lived until 2008, having reached the age of 101. Despite near blindness from macular degeneration, he remained vigorous, attending Lion’s Club meetings where he was a charter member, and going to his office and to his beloved Baptist church, walking two blocks from his home.

The house remains in the Wade family. It was added to the National Register of Historic Places in 1997.