Sign Up
Log In
Purchase a Subscription
You are the owner of this article.
Edit Article Add New Article
You have permission to edit this article.
Edit
Home
News
Crime
Obituaries
Opinion
Faith
Lifestyles
Sports
Special Sections
Classifieds
Eedition
Other Publications
Share This
1 of 5 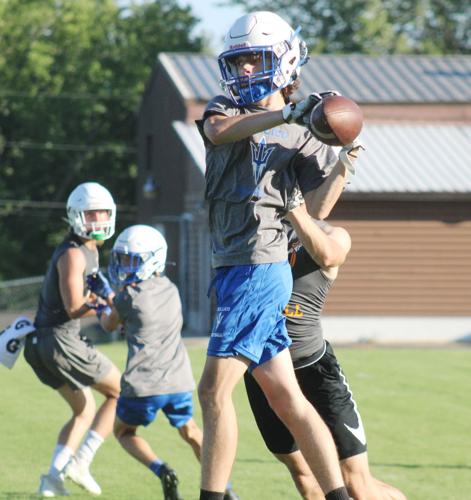 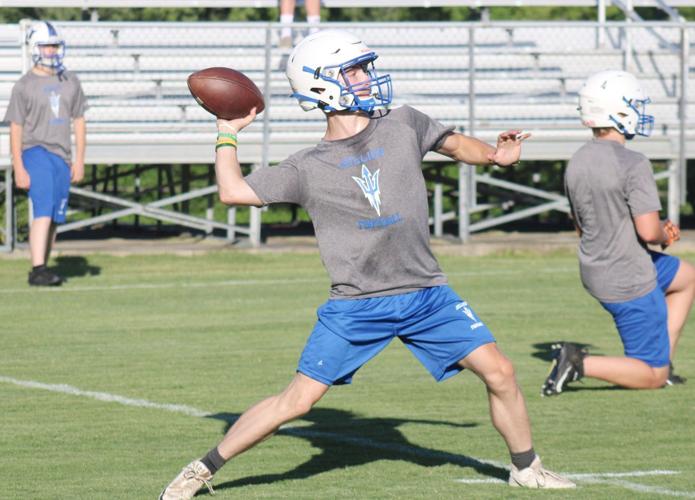 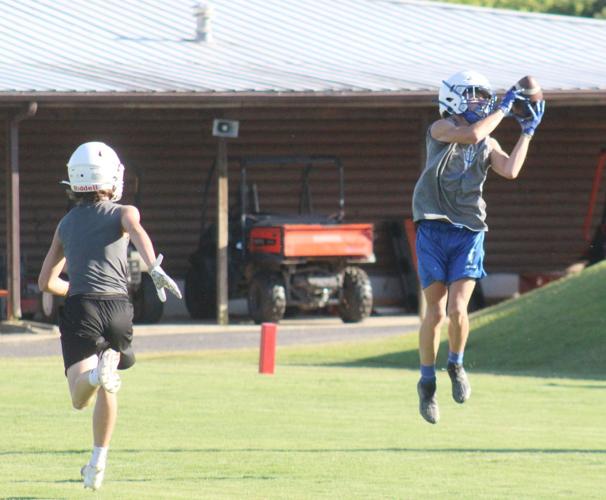 Henderson contorts himself for the catch. 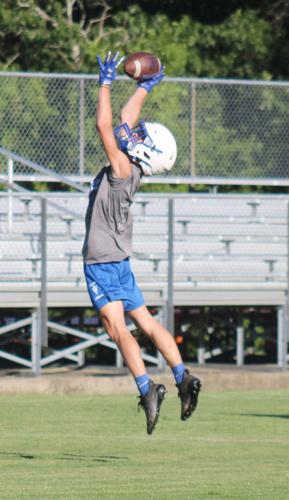 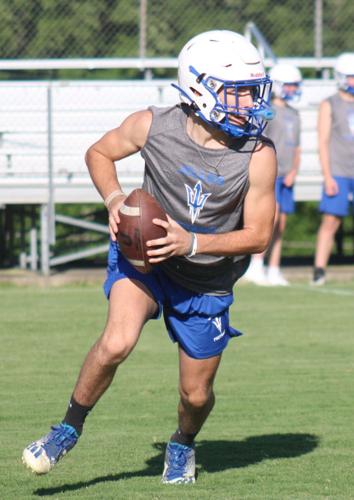 Henderson contorts himself for the catch.

ONEIDA — The Jellico High School football team traveled to Oneida for 7-on-7 action on Monday night.

“This is the youngest team we have had since we have been here,” Jellico head coach Brent Peel said. “A lot of these kids, this is their first time with any high school football experience. That being said, I am pleased with the effort. I knew we were going to make mistakes, and I told them we were going to make mistakes but do it with a lot of effort. I have seen everyone competing and doing it with a lot of effort. They just need a lot more reps, which will help them learn and get better.”

Jellico struggled out of the gate offensively as it couldn’t get its timing down on routes, which resulted in incompletions.

Logan Henderson was the highlight of the first drive for Jellico as the newcomer made two spectacular catches that got his team into the red zone.

Jellico was unable to capitalize on his efforts.

Defensively, a young Jellico unit couldn’t slow down Oneida, who quickly found its way to the Jellico half of the field.

The Oneida success stopped there as Jadon Reno stepped in and picked off a pass deep down the sideline.

Jellico continued to try and build consistency with newcomer Kenny Webb at quarterback and his receivers.

Webb made solid passes to Reno, Henderson and Chandler Dople against a stout Oneida defense, but none of it resulted in points.

“We have a lot of athletes,” Peel said. “That is a great thing because when you can have multiple people at a position and have competition, it will make you better. We have a lot of athletes who will push each other to get better. We haven’t had that basically at all since we have been here. A lot of them are young, but they are going to push some of these other guys to get better, plus make themselves better.”

Peel likes what Webb offers at the quarterback position.

“He is a super good athlete,” Peel said. “He just has to learn to read the defense better, and the more he does it, the better he will get at it. His athleticism will help him make plays out of nothing.”