Sign Up
Log In
Purchase a Subscription
You are the owner of this article.
Edit Article Add New Article
You have permission to edit this article.
Edit
Home
News
Crime
Obituaries
Opinion
Faith
Lifestyles
Sports
Special Sections
Classifieds
Eedition
Other Publications
Share This
1 of 13 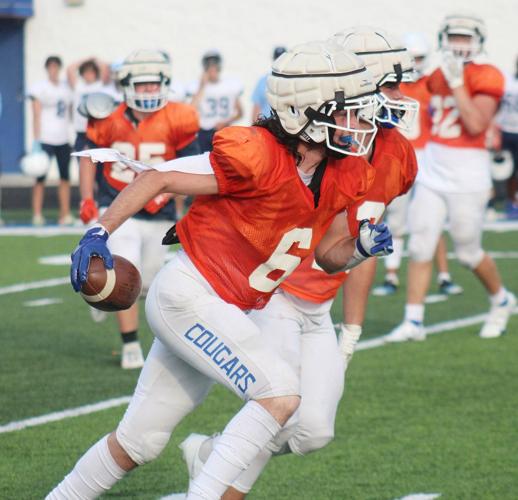 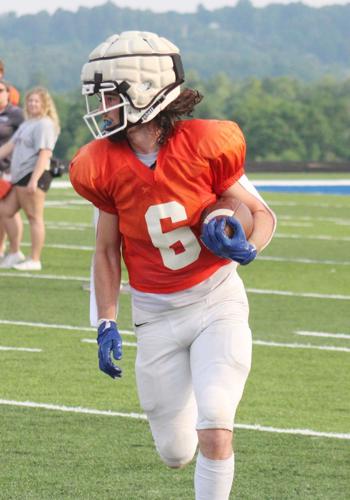 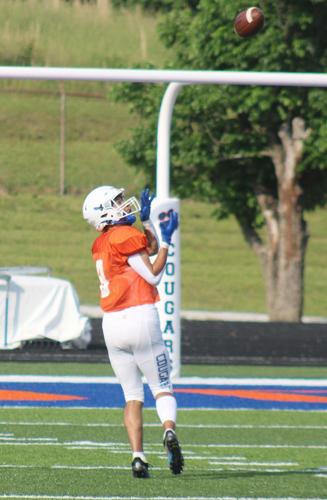 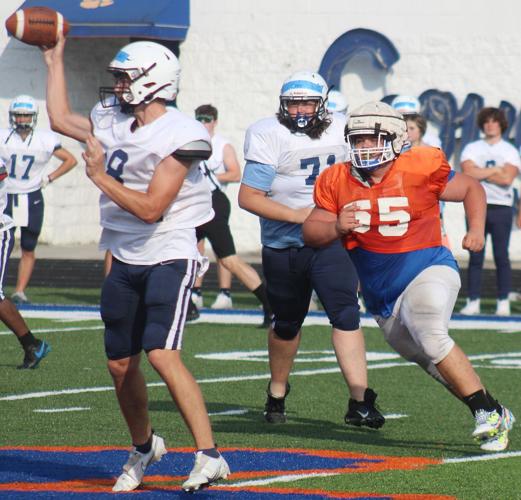 Webb chases down the quarterback. 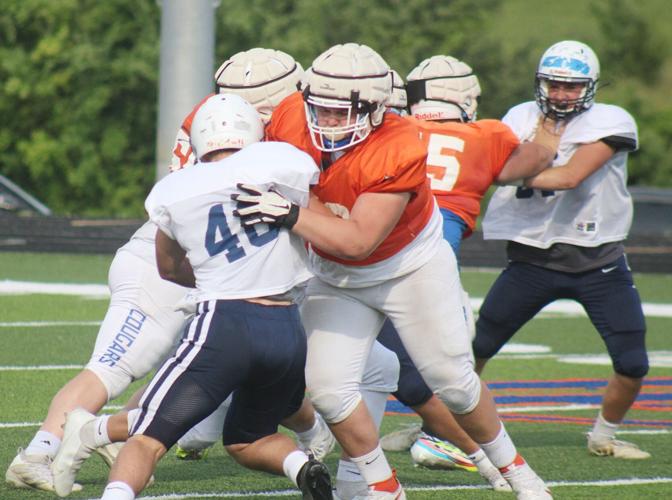 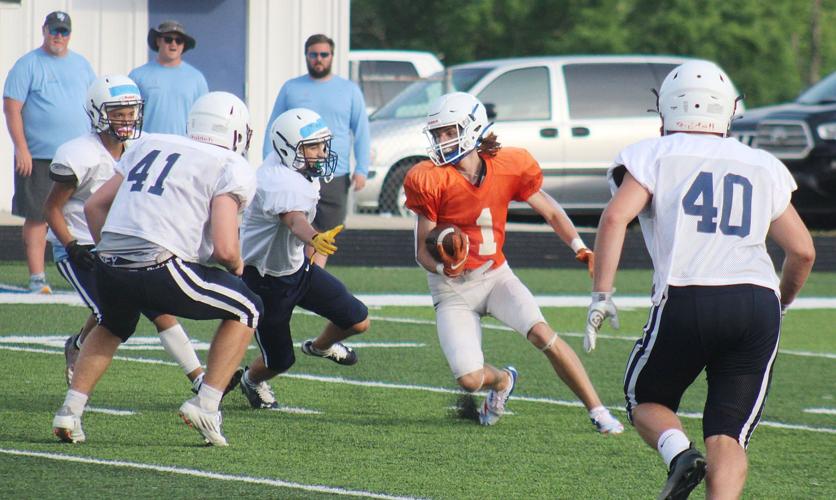 Miller breaks down the defense. 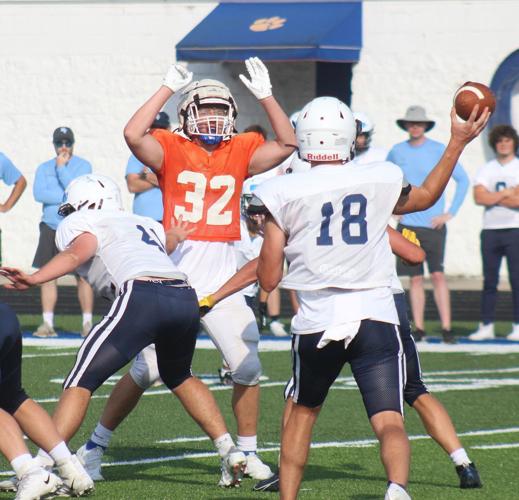 Dorton tries to knock down the pass. 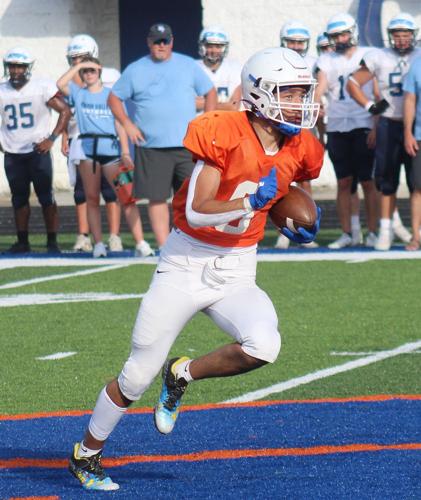 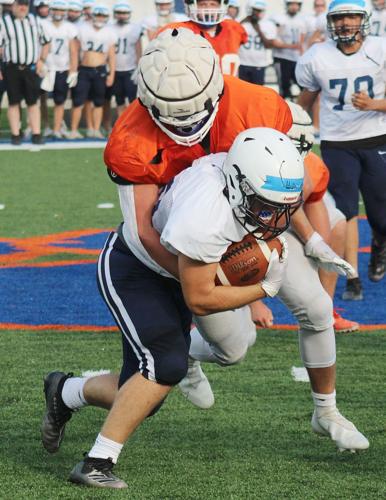 Will Lester makes the tackle. 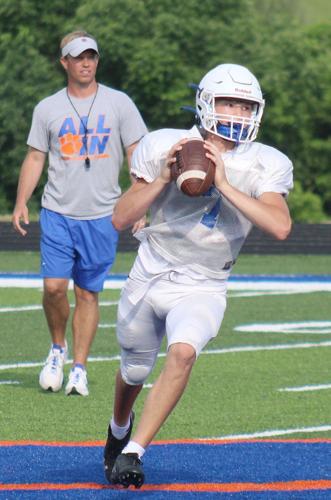 Landen Hensley rolls out of the pocket. 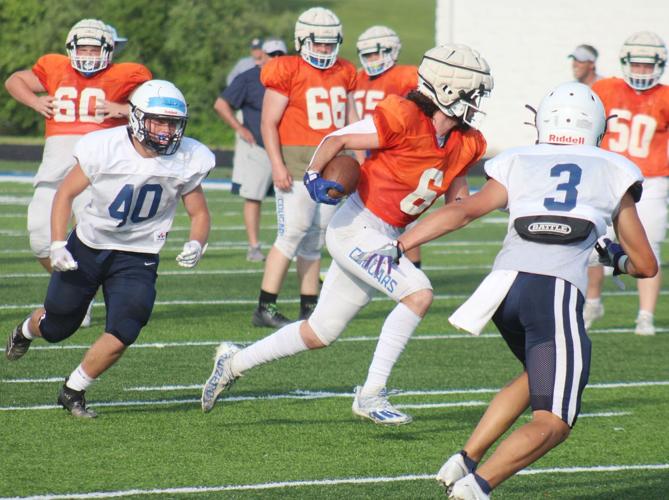 Shanks breaks through the defense. 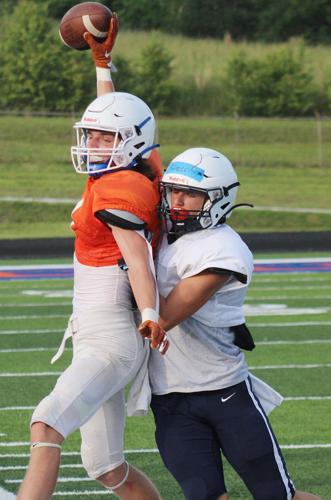 Ethan Miller after an interception. 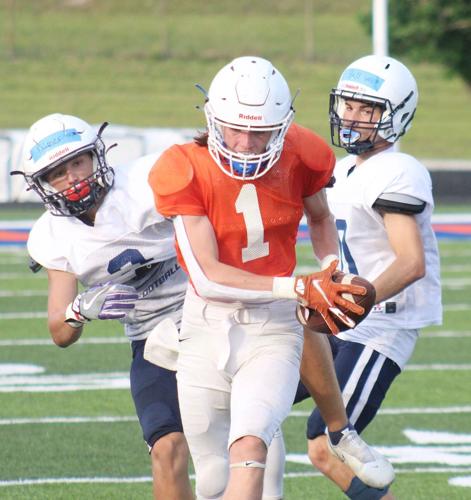 Webb chases down the quarterback.

Miller breaks down the defense.

Dorton tries to knock down the pass.

Will Lester makes the tackle.

Landen Hensley rolls out of the pocket.

Shanks breaks through the defense.

Ethan Miller after an interception.

The Campbell County High School football team hosted Hardin Valley Academy for a scrimmage on May 19 to finish off the Cougars’ second week of spring practice.

“Spring practice is really all about development,” Campbell County head football coach Justin Price said. “We want to develop our players and prepare them for next season. We also want to start evaluating what our strengths and weaknesses are as a team this year. Having the opportunity to go against another opponent is nice. It is always nice to go against someone else this time of year. This gives us a chance to evaluate where we are right now for next season.”

Campbell County will be making the transition at quarterback to rising sophomore Landen Hensley as former Cougar Hunter White graduates.

“He is doing a really good job,” Price said. “Landen Hensley wants to be really good. He is a competitor and did some good things tonight. He has those four senior receivers out there that can get open and make plays for him. They connected several times, and we’ll continue to work on the times they didn’t. He did a good job for this being his first time starting. Technically he is just a freshman right now and will be a sophomore. He handled this really well.”

Hensley spread the ball around early between his quartet of senior receivers — Mason Shanks, Devon Jones, Peyton Ferguson and Ethan Miller — which resulted in the Campbell County offense moving up the field quickly and a Ferguson touchdown catch.

As the scrimmage went on, the offensive had a mix of hit-or-miss plays that slowed it down, but Hensley is confident in the progress the group will make.

“We did alright,” Hensley said. “I just missed a lot timing-wise. If I get my timing down, then I’ll be just fine.”

While Hensley continues to get more comfortable with the new role, his senior receivers will be there to help him every step of the way.

“We just have to let him know that he just has to get it to us, and we’ll catch it,” Shanks said. “We are capable of it, and I know he is capable of it. We tell him every day that we got him, no matter what. Just keep his head on straight and get us the ball; we’ll make a play. He knows that.”

Defensively, Campbell County will have Shanks, Jones, Ferguson and Miller start in the secondary, and Will Lester continue to patrol the middle of the field at linebacker.

The defense started slow out of the gate, but as the scrimmage went on, it found a rhythm and forced multiple turnovers.

Shanks and Miller both picked off passes, while Lester started to control the game at the line of scrimmage.

Campbell County will have to replace important senior defensive pieces like Josh Heatherly, Desmond Gilbert and Zac Brady, but Price likes the strides his defense is making.

“Defense in a scrimmage can be tough, especially when there is no film,” Price said. “They have a new staff at Hardin Valley. We had an idea of the formations they were going to run. That first drive, they ran some plays where they executed well and we didn’t. After that, we settled down and played some good defense. It is really about their effort. We will watch the film, but effort execution is what we were looking for. Did you take advantage of an opportunity and make a play for your team? Those are things we will be able to see from film. I thought our defense as the scrimmage went on got better and better. That was led by Will Lester. Having him back in our defense is huge for us. The film will tell us a lot more, but I was very pleased with how our defense responded after that first series.”